Added Time Is The Essence Of The Town’s Misfortune

The Referee’s Watch Robs Farnham Of A Well Deserved Victory.

Looking only at the score, you could be forgiven for channelling your inner Lady Bracknell.

To concede one goal in added time may be regarded as a misfortune, to concede two looks like carelessness.

But there was nothing careless about a terrific performance from a Town side that deserved all three points.

This was a match that had pretty much everything.

The incidents actually started before the match began, when, due to a registration mix up by the F.A., Farnham were forced to remove new signing Michael Coppinger from the starting eleven, just minutes before kick-off.

Thankfully, the Town appeared unaffected by this setback, tearing into the game, taking the game to their table-topping opponents, and hitting the woodwork three times in a scintillating opening 25 minutes.

But then, on 27 minutes, the Town were dealt a double blow – not only conceding the opening goal against the run of play, but also losing skipper Greg Haydon to what is feared to be a ligament injury in the build-up.

Lesser sides might have crumpled, especially away from home against the league leaders.

However, this Farnham side are made of sterner stuff, and they fought back to equalise in the 37th minute when a textbook Harry Carter pass found Max Blackmore in the area.  His turn took care of his marker and, having given himself ‘acres’ of space, Max slammed his shot past the Beckenham Town ‘keeper.

The second half had barely begun when the scoring started again.

On 49 minutes, a deflected shot from Josh Ogunseye looped over the Beckenham ‘keeper, falling perfectly for Owen Dean to head home.  Then, just five minutes later, Josh sent in a sumptuous cross for Arsen Ujkaj to turn in off the back post and double the Town’s lead.

As might be expected, Beckenham threw everything into attack, but the Town’s makeshift defence, with debutant right back Adrian Okoro now playing alongside Cavin Atkinson at centre back, held firm and even provided the platform for a breakaway opportunity in the 76th minute when Max Blackmore again hit the bar.

First of all, Beckenham’s Rob Carter was sent off for what looked to be a studs-up challenge on Owen Dean.

At this point, the game seemed safe for the Town, but Farnham ‘keeper Gary Ross, a player who almost literally defined the phrase ‘pumped up’ throughout the match, had a final rush of blood to the head in the 90th minute, charging out to the edge of his area to clatter into Becks’ centre forward Tunde Aderonmu.

Maybe it wasn’t a straight red, but it did give the referee the opportunity to even things up.

Left back Tom Smith stepped up to take up the gloves for the Town, but could only stand and watch as Steve Townsend, by far Beckenham’s best player on the day, sent the free kick over the wall and into the net.

By now the match was five minutes into added time, but somehow the referee found a further four minutes that finally gave Beckenham left back Harvey Brand the opportunity to break the Town’s hearts by sliding home the equaliser in the 99th (yes, 99th!!) minute.

The better side for the vast majority of the match, the Town can now look back on two consecutive matches where they might have won against teams at the top of their respective tables and heading for Step 4.

On this occasion it wasn’t to be, but other sides will be taking notice of a Town side that’s very much on the up.

The Town’s next home match is the Aldershot Senior Cup game against Hartley Wintney on Tuesday 15 February.  Kick off 7.45pm.  It’s the perfect date for those of you who forgot Valentine’s Day! 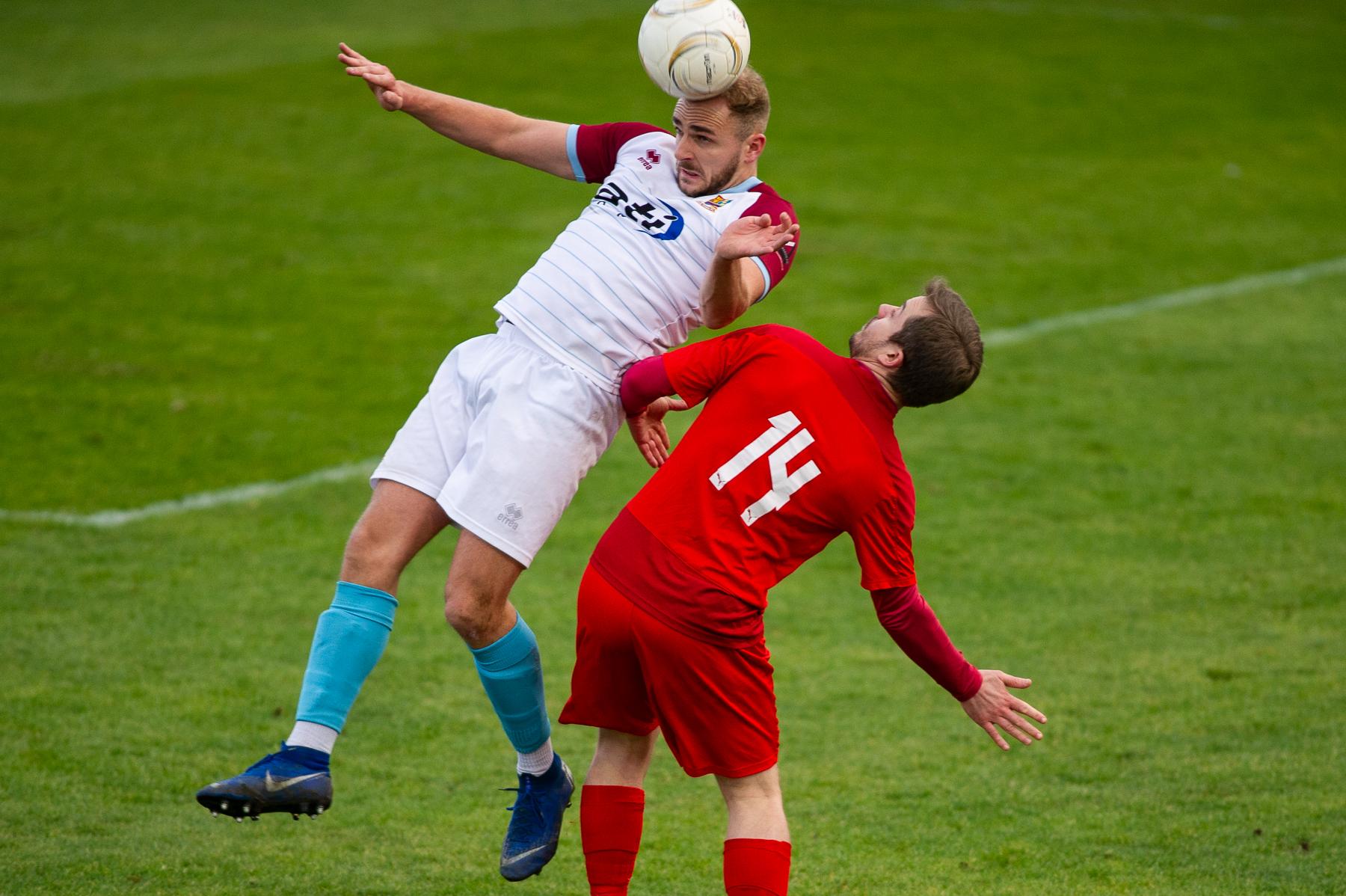