An Eventful Season Ends In Stalemate

A 0-0 Draw Sees The Town Finish In The Top Half Of The Table.

So, the season ends.

Not, to quote Dr John Cooper Clarke, “with a bang, but a wimpy”.

Having started the league season with a goalless draw at home to Guildford City, the Town end it with an identical result, at the same venue, against Colliers Wood United.

This was the very definition of an end of season match with nothing to play for.

The two teams weren’t so much as ‘on the beach’, as already applying aftersun, all set for a night on the town.

In a match where so little happened of note on the pitch, it speaks volumes that the highlight came in the final minute when a Colliers Wood defender miscued his clearance and could only watch in horror as the ball sailed over his ‘keeper and, thankfully for him, just over the bar.

Still, it was another opportunity for youngsters such as James Batchelor, Ange Djadja, Will May, Owen Dean and Olly Ryman to get more minutes under their belts and this continued commitment to youth has been one of the most impressive things about the Town this season.

For Farnham, the result secures a top half finish in their first season back in Step 5.

Take time to consider that.

After everything that has happened, and with all of the comings and goings, both on and off the pitch, the Town has finished in the top half of the table, above sides far more established at this level.

Looking back, the season’s highlight has to be the 39 goals from Josh Ogunseye.

Understandably honoured at the Player of the Season awards (which we’ll be covering in a separate post) Josh has been all but ever-present this season and his displays have lit up every match in which he has played.

There have also been some exceptional performances, particularly away from home.

It’s easy to forget that the season started way back in August with an FA Cup win away at AFC Varndeanians, and those that were there will recall crushing wins over Frimley Green and Fleet Town which were followed by draws that should have been wins at Jersey Bulls, Raynes Park Vale and at the home of the ultimate league champions, Beckenham Town.

And, of course, there was the small matter of seven ‘keepers used over the season!

Perhaps, after all that has happened this season, the Farnham fans can appreciate a more relaxing conclusion to the league campaign and recharge their batteries for what promises to be another exciting season under our new manager, whoever they may be.

On behalf of the Club, I’d like to thank everyone that has supported the Town this season.

Have a fantastic summer, stay safe, and get ready for another rollercoaster campaign!

Huge thanks to our matchday sponsor the Bush Hotel.

We’re sure our fans will take full advantage of your generous offer. 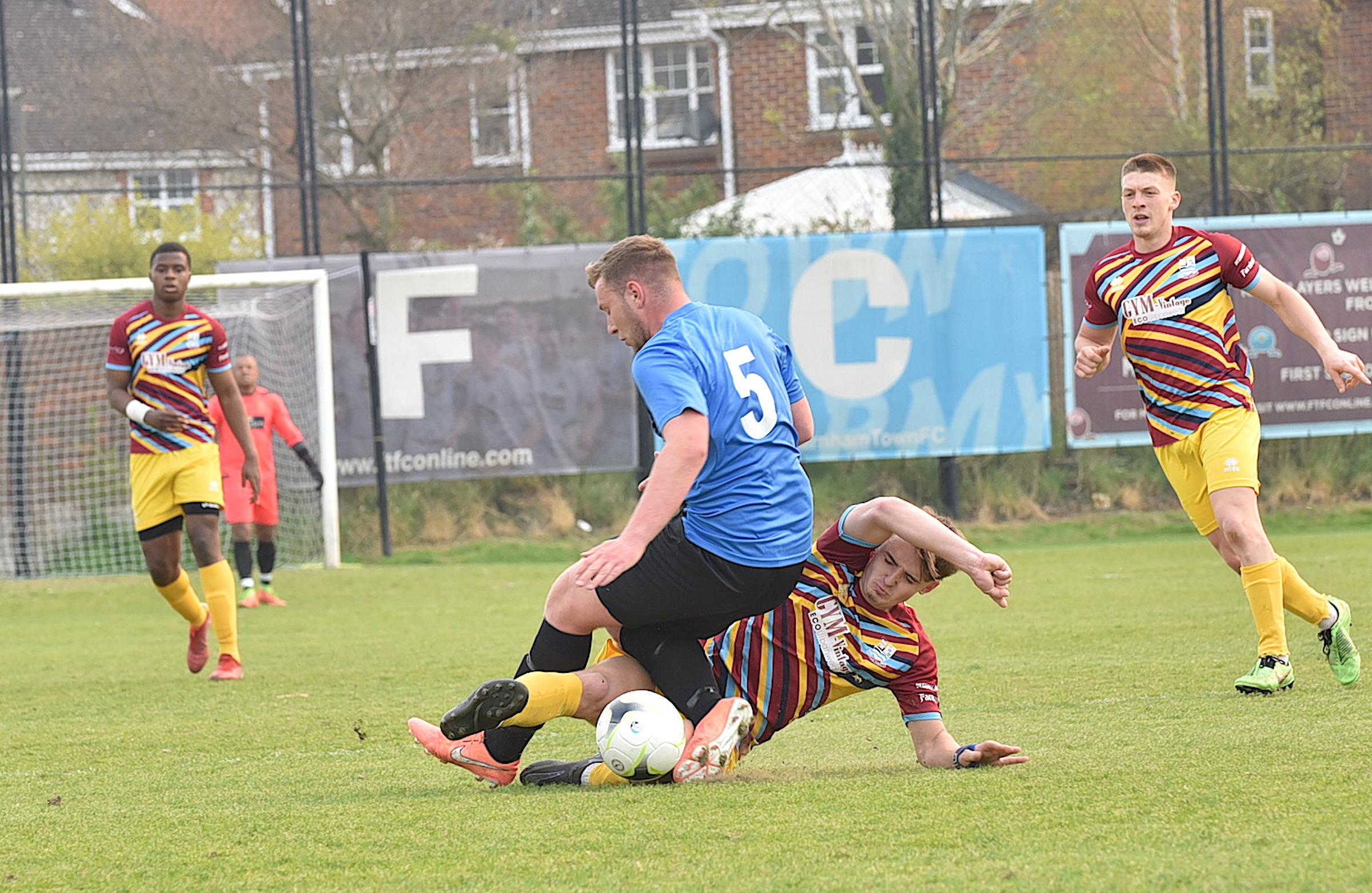