New Assistant Manager Will Encourage Farnham Players To “Be Brave”.

Injured in the second match against Morocco, he would miss out on England’s renaissance against Poland and Paraguay and, more importantly, miss playing in the game that gave the World the ‘Goal of the Century’ by Diego Maradona.

But for young England fan Dean Greenwood, that wasn’t important.

Fast forward to 2022 and Dean is part of the new management team at Farnham Town.

And, as the First Team Coach, his aim is to get the first team playing entertaining football that is easy on the eye with players that can ‘light up the pitch’ like his current favourite player, Kylian Mbappe.

“He’s a brilliant player, only 23, and can win a game all on his own with his pace and ability to score all types of goals.

You’re excited every time he gets the ball.

And that’s what I like to see, players that are brave and not afraid to fail”.

However, Dean also has a more pragmatic side.

“You need to know your players and work with them to bring the best out of them.

There’s no point in enforcing a formation or style of play that doesn’t suit them, it’s far better to create a structure that they feel comfortable playing in.  That way you’re also giving them the responsibility when they go out onto the pitch”.

And, like the rest of the new management team, Dean wants to attract players that have ‘the right character’.

“We want to build a squad that are proud to play for Farnham Town.

There’s a lot of local talent out there that we want to tap into and train to play the right way.

But they have to have the right character, with a strong work ethic and a genuine desire to improve”.

Without a doubt, Dean will provide a positive presence on the Town bench.

He’s a guy for whom the ‘glass is always half full’ and his attitude will be invaluable as the season progresses. 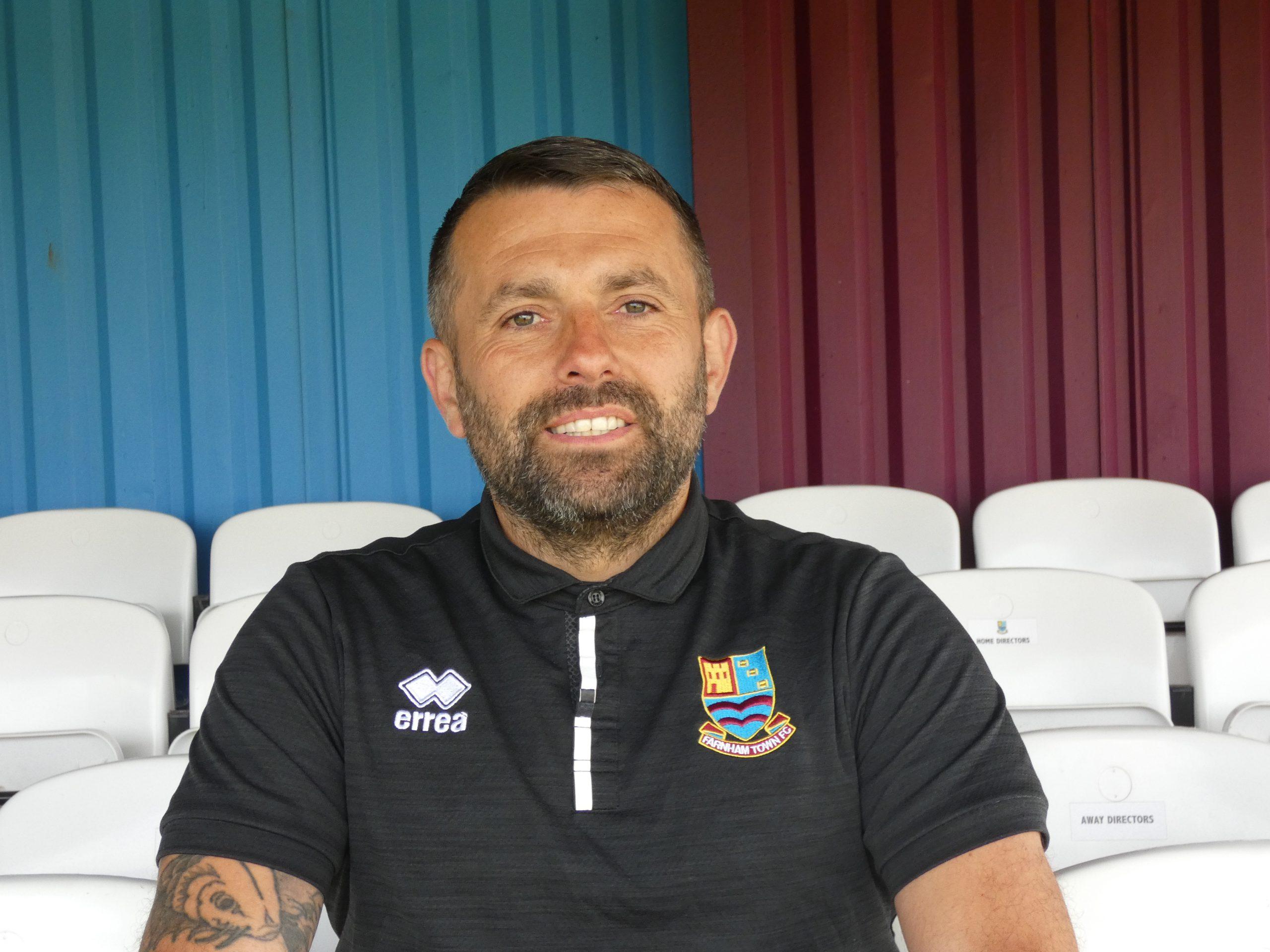