Paul and his coaching team come from an eight-year ascent up the football pyramid at Bedfont Sports where they led the club to promotion from the Combined Counties Premier Division in 2017-18.

Last season, Paul led Bedfont Sports to a third-placed finish in the Isthmian League South Central Division and narrowly missed out on promotion via the playoffs. After nearly 300 games in charge of the Club, he resigned as manager of Bedfont Sports last week in search of a new challenge.

Johnson and his management team are keen to hit the ground running at Mead Lane.

“I’m really excited to get going at Farnham Town. Obviously things haven’t gone perfectly to plan so far this season but between myself and the team we’re keen to get stuck in and turn things round from today. Things are happening at Farnham Town that make it a really different proposition and I can’t wait to get started.”

Former Bedfont Sports Assistant Manager Jimmy Hibburt and coach Ricky Wellard follow Paul to Farnham Town, and they will take charge of The Town’s next game which is away at Knaphill on Saturday. 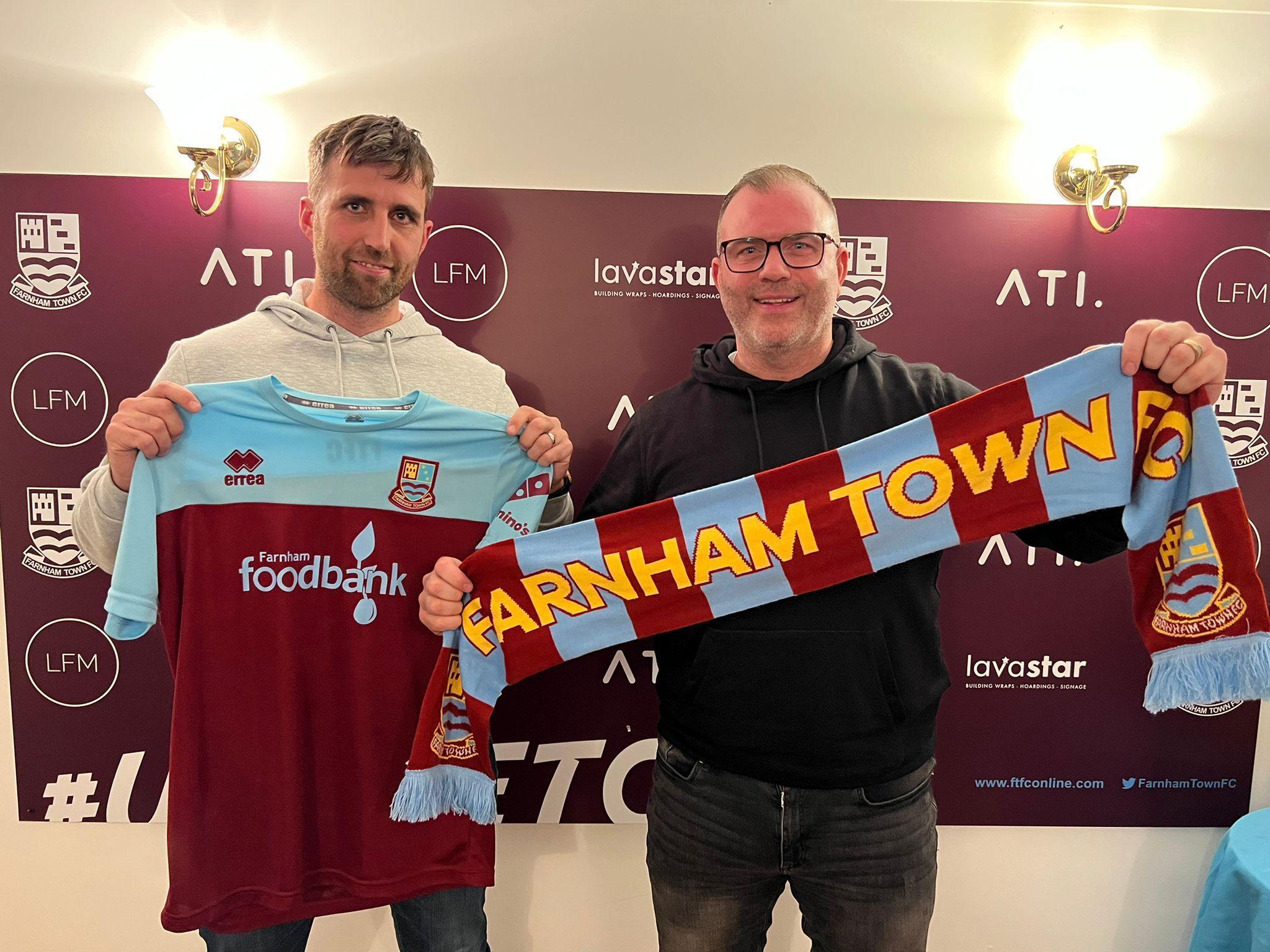 “We are delighted to be able to bring a manager of Paul’s stature and record to Farnham Town. We’re thrilled to meet a management team so bought in to everything that we are doing at the club as it continues to grow both on and off the field. Together we are really excited to see how Paul and the team take things forward and we will fully support them.”

Everyone at Farnham would like to thank former Assistant Manager Dean Greenwood for stepping into the role of Caretaker Manager over the past week before leaving the Club yesterday. Dean led the team during an uncertain time for the Club and for that we will always be grateful. We wish Dean all the best on his next steps.

We hope that fans will get behind Paul and his coaching staff to carry the team forwards this season and beyond.