The Town sail through to the Second Qualifying Round of the Buildbase F.A. Vase.

It must be wonderful to wake up knowing that the only complaint from the fans was that Farnham should have scored more.

Quite simply, Farnham Town dominated this Buildbase F.A. Vase tie from start to finish, running out comfortable 4 – 0 winners over a Warminster Town side who looked shell-shocked at half-time and grateful to get through the second half without conceding more.

The scoring might have started as early as the 10th minute, when the Town had a goal disallowed for a foul on the Warminster ‘keeper but, instead, Farnham had to wait a further fifteen minutes for skipper Ashley Lloyd to open the scoring, heading home from a corner.

Five minutes later, Dan Stewart, making an impressive debut in midfield, followed up efforts by, first, Josh Ogunseye, that was saved by the ‘keeper, and then Matt Glass, which was blocked on the line, to rifle home a fierce shot and double Farnham’s lead.

By now, Warminster were in complete disarray and it was a question of when, rather than if, Farnham would score more.

The answer came in the 39th minute, when, after drawing a foul in the area, Josh Ogunseye picked himself up to calmly convert the resulting penalty and allow the Farnham fans to start thinking about both the second round and their half-time pie and pint.

However, all thoughts of Full Times at half time had to be put on hold as Farnham hadn’t finished scoring!

Three minutes into added time, a mistimed defensive header allowed Matt Glass to run through and put the Town 4-0 up.

With such a commanding lead, it was no surprise that the second half saw the Town players relax a little and, although they continued to create numerous chances and never looked like conceding, they lacked a little of the cutting edge from the first forty-five minutes.

Dan Stewart continued to catch the eye, creating chances for the Farnham forwards that were continually foiled by an impressive display from the Warminster ‘keeper who performed heroics to keep the score respectable, as his teammates tired in front of him.

Despite winning 4-0, Farnham Town manager Colin Millard felt his side might have done more.

“Obviously I’m happy to win and progress but, if I’m honest, I wasn’t overly impressed with the performance.

The 20 minute spell from the first goal until the end of the first half was as well as we’ve played this season but, after that, I felt we played well within ourselves.  I suppose that’s natural when you’re 4-0 up but I want our standards to be higher than that.

Having said all that, if you’d offered me a place in the next round after a 4-0 win before the game, of course I would have taken it.

I am pleased to have kept a clean sheet. They’re so important across the course of the season and we haven’t been keeping enough.

Confidence breeds confidence, and, after two wins on the trot, Farnham Town will be looking forward to resuming their league campaign and picking up another three points when they face high-flying Horley Town away at The New Defence next Saturday.

The Town’s next home match is the F.A. Vase tie against Bashley on Saturday 25 September.  Kick off 3:00pm 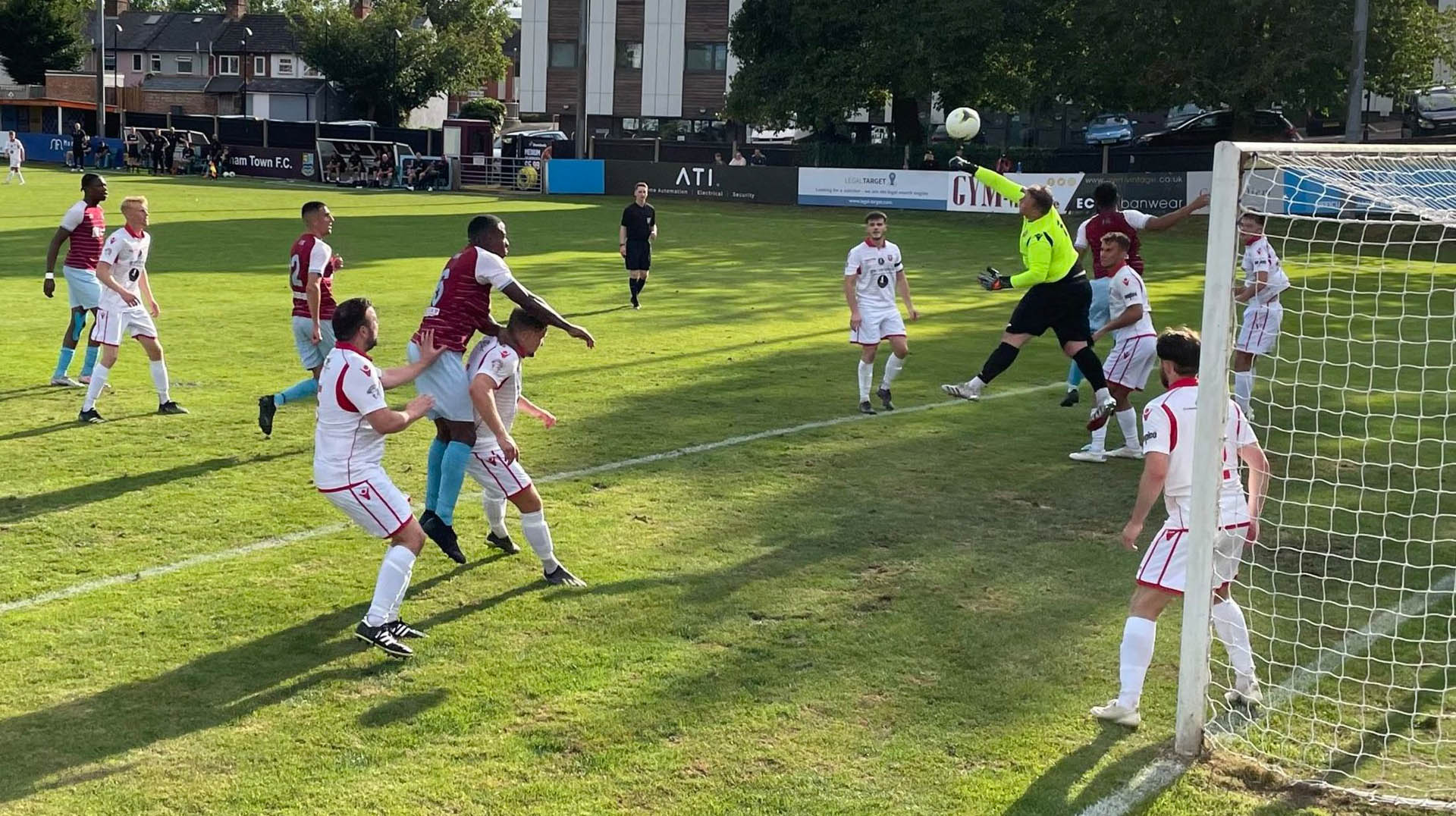