A Spirited Farnham Town Go Down 3-1 At Home To Raynes Park Vale.

It seems strange to start a match report by writing about games that are yet to take place, but the manner of this defeat means that Farnham’s next three Combined Counties League fixtures now fall firmly in the category of ‘must win’ matches.

As against Walton & Hersham last week, the Town were set up to avoid defeat, with a back five shielded by a midfield holding player, a tactic designed to contain and frustrate the opposition and, whenever possible, exploit the pace of Josh Ogunseye on the break.

And, for almost an hour, the plan worked perfectly.

In fact, it got off to an ideal start after eight minutes, when a Raynes Park Vale corner was cleared to Josh Ogunseye just inside his own half.  Josh turned his man and turned on the afterburners to leave him for dust as he charged toward goal, unleashing a powerful drive which the ‘keeper could only parry to the feet of Karl Henry who tucked it home.

For the rest of the first half Farnham defended stoutly, keeping the more creative Raynes Park Vale at arms’ length, although the Town were grateful to ‘keeper Justice Owusu for a couple of smart saves, including one absolute cracker down low to his left hand side.

The second half started in the same vein.

Ironically, when it came, it did so from a rare Farnham attack.

Having conceded from a counter attack in the first half, Raynes Park Vale replied in the same way with a slick move that carved through the Town midfield to set up striker Jordan Gallagher for a high quality finish on 58 minutes.

Five minutes later, Farnham were handed an opportunity to retake control of the match when the visitors were temporally reduced to ten men after Nes Can Bellikli was sent to the sin bin for dissent.  However, the Town struggled to shake off their defensive mind set and failed to press home their man advantage.

Once parity was restored, it felt inevitable that Raynes Park Vale would take the lead.

They deserved to do so, but the manner of the goal, a free header from a corner by centre back Reece Hannigan, was disappointing.

With less than quarter of an hour to play, Farnham finally went on the attack.

Unfortunately this now left the Town exposed at the back and, following some sloppy play from Farnham, Jordan Gallagher was able to claim his second and Raynes Park Vale’s third to wrap up a well-deserved win in the 84th minute.

“In a way, I called this afternoon’s events in my programme notes where I said that individual errors have cost us many points.

And so it proved again.

For a good hour or so we were a good match for a promotion chasing side. But, if you can’t concentrate and make the right decisions for 90 minutes, you will ultimately fall short.

There was so much to be positive about but, if we cannot defend well enough as a team, we won’t be more than a mid table team.

There is plenty to work on and be positive about, but, as I have just said to the lads, youth and inexperience is only an excuse you can wear for so long.

Sooner rather than later, those individuals making the same errors should be showing development by showing they are learning from the errors they are making”.

A disappointing result and one that the Town must put behind them when they face local rivals Frimley Green on Tuesday evening.

The Town’s next home match is in the Combined Counties League against Frimley Green on Tuesday 07 December.  KO 7:45pm 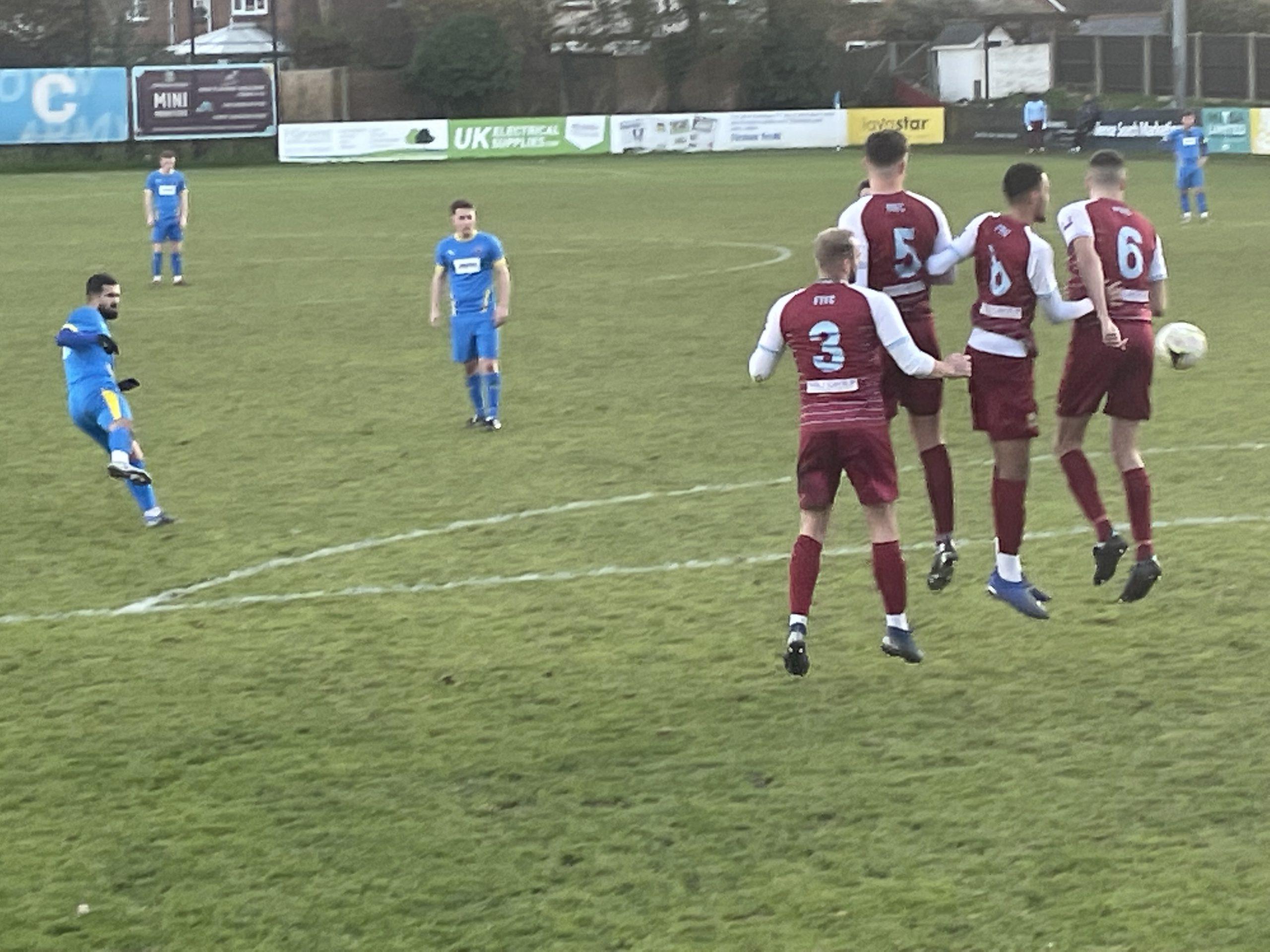