With eight minutes to go, this match seemed done and dusted.

Making his debut from the bench, Michael Coppinger had played in Josh Ogunseye who, taking advantage of an extremely tight offside call, had tucked the ball under the Raynes Park Vale ‘keeper to make the score 4-2.

But this is Farnham Town.

And, unfortunately, the fat lady hadn’t even read the lyric sheet.

The match started as it would end, with a Farnham error gifting the home side an easy goal.

After only four minutes, an inswinging free kick from the left was met by a glancing heading from Louie Downey and appeared to bounce over Town ‘keeper Richard Ossai to give Raynes Park Vale the perfect start.

An inauspicious beginning, but the Town would bounce back less than five minutes later.

Fine interplay between Karle Carder-Andrews and Josh Ogunseye released Josh down the right and his well judged cross was met by an equally good glancing header from Will May to put Farnham level.

Despite the discrepancy in league positions, the two sides were well matched on the pitch.

Raynes Park Vale might have retaken the lead in the 23rd minute, only to see their ‘goal’ chalked off for offside, and, just two minutes later, Town ‘keeper Ossai redeemed himself for his earlier error by parrying a powerful goalbound header over the bar.

But Farnham were always in the game and were duly rewarded in the 39th minute.

A clever ball from Harry Carter found Owen Dean just inside the Raynes Park area, the younger brought the ball down, turned to make space, and, just as you thought he might have shot, laid the ball off to the better placed Karle Carder-Andrews to slam home.

A goal up at half time, the Town would extend their lead in the 53rd minute when an Olly Ryman free kick was missed by everyone other than Will May, whose gamble playing off the shoulder of the last defender was rewarded with a simple tap in for his second goal of the game.

At this point, the Town looked the better team, but they were pegged back, somewhat against the run of play, in the 67th minute when Carder-Andrews was disposed in midfield and, as the Farnham defence stood off, Cal Davies was allowed to run on and score with a fine shot.

Which took us to the drama of the last ten minutes.

Having re-established their two goal cushion in the 82nd minute, the Town somewhat self-destructed.

First, when defensive hesitation allowed Raynes Park to fashion a chance for substitute Reece Bowers to tap in with just four minutes to go, and then, less than two minutes later, when a misunderstanding between Arsen Ujkaj and Tom Smith led to Smith conceding a penalty that Seanan Mckillop tucked home.

For the second week running, the Town scored four goals away from home but just failed to hold on.

It’s tough to take, but it does promise thrills aplenty when Farnham meet Horley Town on Saturday!

The Town’s next home match is the Combined Counties league game against Horley Town on Saturday 05 March. Kick off 3:00pm 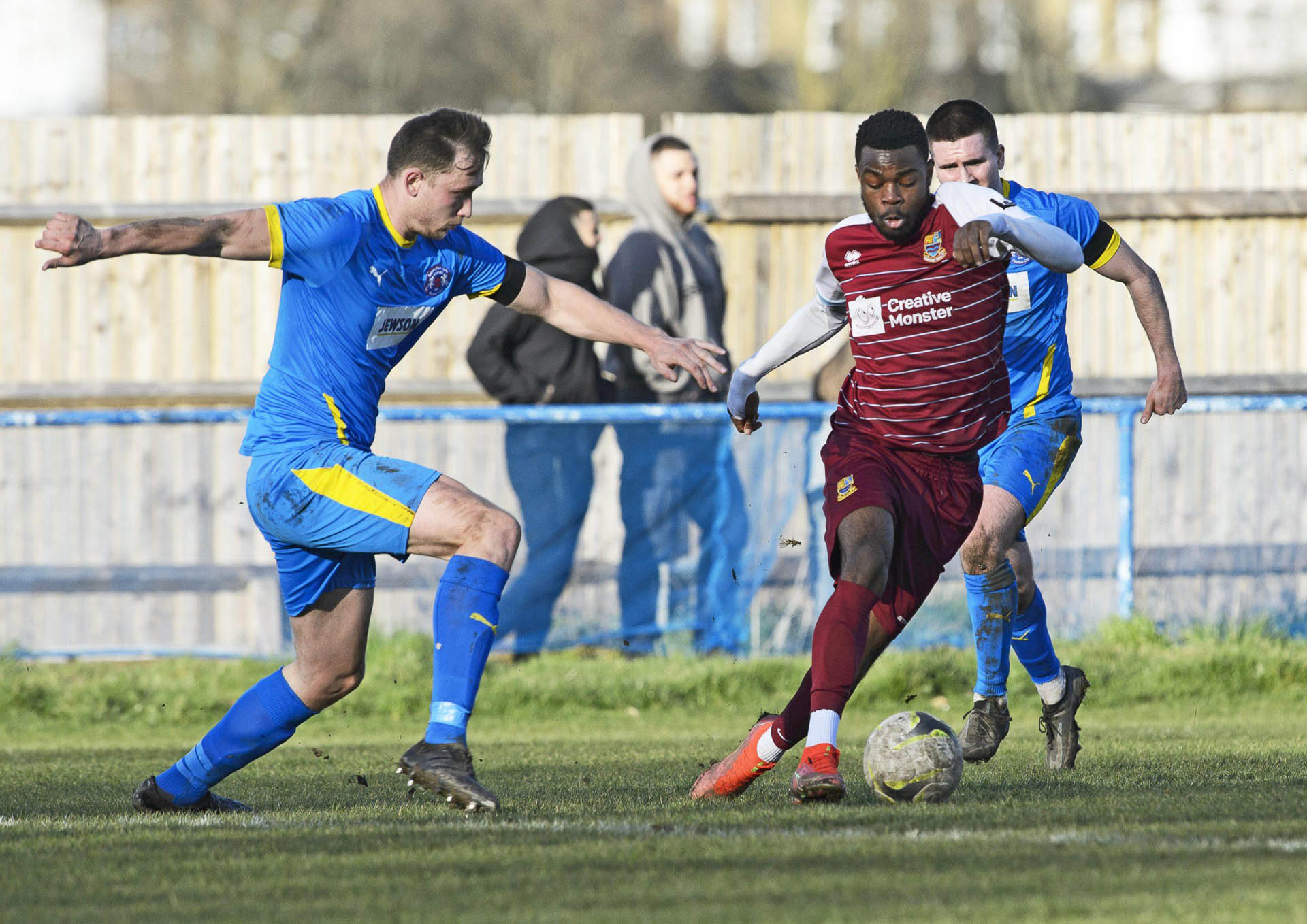