Inspired Substitutions See Farnham Town Come Back From 2-0 Down To Win 3-2.

Wow! Well, where do we start with that one?

First of all, kudos to the Abbey Rangers groundstaff, who beat the weather to get the game on when so many others were postponed.

Unfortunately, and, it must be said, somewhat bizarrely, that was to be the only victory that they would enjoy on Saturday.

After a second half performance against Fleet Town that manager Paul Johnson branded “dreadful”, a pretty much unchanged Farnham started brightly against the side sitting at the top of the table and should have been a goal ahead inside five minutes.

Playing as the focal point of a midfield diamond, the impressive Owen Dean won two consecutive challenges to power into the opposition penalty area.  Looking up, he pulled the back perfectly for Andy Ali on the edge of the six yard box, who took a touch, steadied himself … and curled the ball against the post.

With Farnham in control, Ali then had a second, more difficult, chance on 13 minutes, but blazed over after fine work from Tom Smith.

However, that would be as good as it got for the Town in the first half.

Slowly but surely, a well drilled Abbey Rangers took control of the midfield, and with it, the match.

They were rewarded on 28 minutes, when Kelly was on hand to tap in after an exposed Farnham ‘keeper James Ferguson could only parry the initial effort from Murdoch, and doubled their lead seven minutes later, when a thunderbolt from Coppinger left Ferguson rooted to the spot.

Two goals down to the league leaders, the Town needed inspiration and found it in two half time substitutions.

Max Meaton came on to slot in at right back and Jamie Hoppitt replaced Connor Young upfront, making an almost immediate impact on 48 minutes when, with the Abbey Rangers ‘keeper seemingly certain to punch everything into next week, Hopz bravely got his head to an Owen Dean through ball to halve the deficit.

Six minutes later the Town were level when the woodwork worked in their favour.

A speculative shot from Albie Sheehan-Cozens took a deflection that left the ‘keeper beaten, hit the inside of one post, went right across the face of the goal and hit the other post before crossing the line.

If the equaliser was somewhat fortunate, it was no less than Farnham deserved and, now firmly in the ascendance, the Town might have taken the lead when Shaun McAuley saw his shot tipped over the bar on 64 minutes.

The final 20 minutes were more even, with both sides mounting attacks that were well marshalled by the respective defences.  Yet, just as it seemed that the two sides would share the points, up popped Jamie Hoppitt, whose tenacity on the right flank was rewarded when his shot took a wicked deflection onto the post and in to pinch all three points for the Town with almost the last kick of the game.

A fantastic second half performance from which Farnham can take real heart before the rearranged fixture at home to Redhill.

The Town’s next home match is the Combined Counties Premier Division South league game against Redhill on Tuesday 17 January.  Kick off 7:45pm 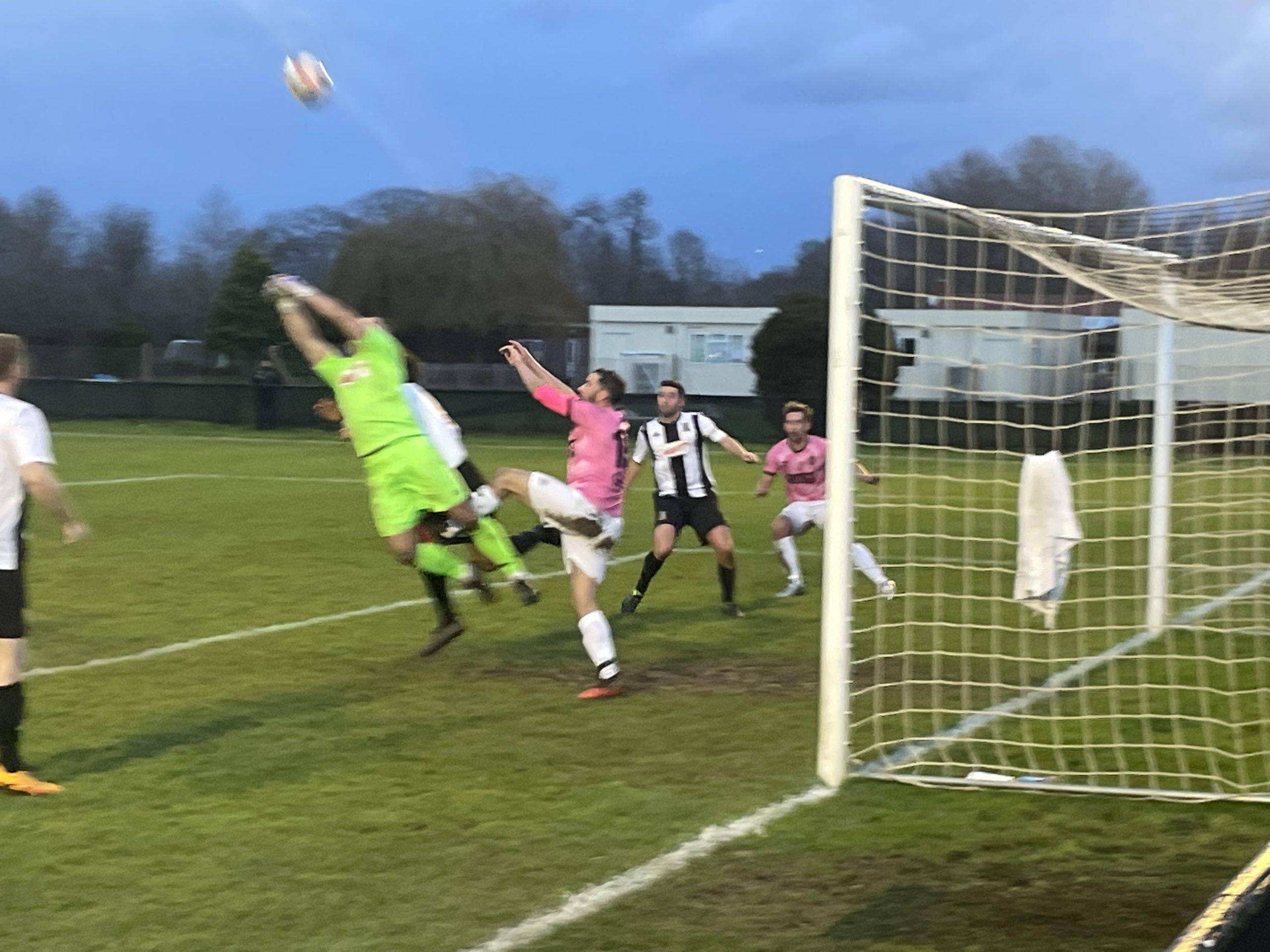