This was a match that Farnham Town simply should not have lost.

However, against a Balham side that offered little themselves, the Town were the architects of their own downfall.

The warning signs were there from the very first passage of play when an innocuous attack by the home side found the Farnham Town defence at ‘sixes and sevens’ and grateful that the ball was ultimately ushered clear before it could fall to the feet of an attacker.

For the next fifteen minutes, it was Farnham that was firmly on top, pressing hard and enjoying the lion’s share of possession, working the ball well across the pitch and down the flanks, albeit without creating clear cut chances or troubling the Balham ‘keeper.

Which is when, completely against the run of play, Balham took the lead.

There appeared to be little danger as the home side mounted a rare attack, however, despite a number of opportunities to do so, the Town failed to clear their lines, finally paying the price when a weak header from Ashley Lloyd fell perfectly into the path of Balham’s Jack Haire who struck an absolutely textbook volley past Farnham ‘keeper James Ferguson.

If the goal itself was an absolute cracker, the defending was anything but.

For the next 25 minutes, Farnham Town were again in the ascendency, twice finding the back of the net, only to see each effort ruled out for offside, and it seemed a simple matter of when rather than if a second goal would be scored before half time. 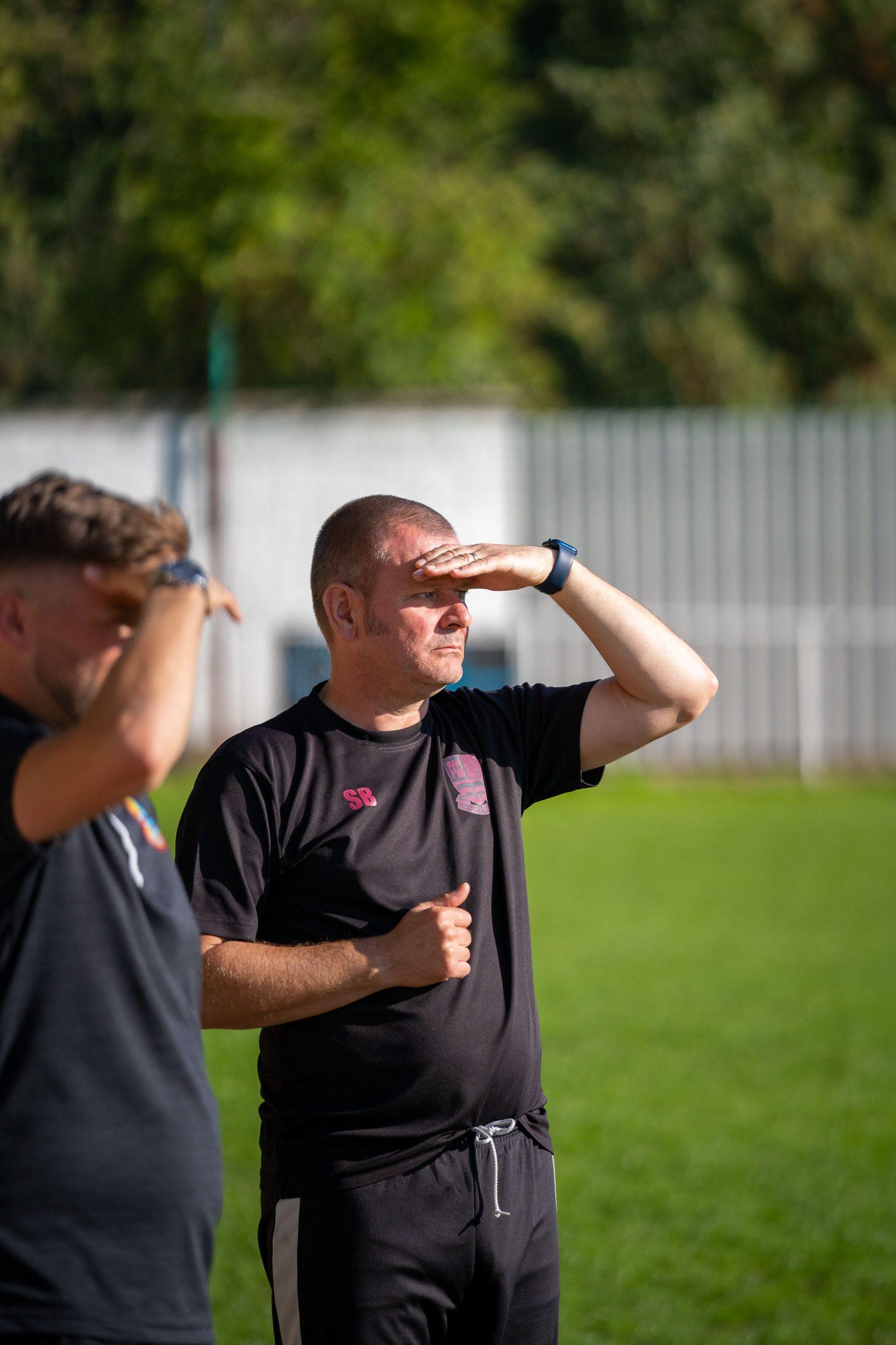 And so it proved, but in a manner that even the most optimistic Balham fan couldn’t have foreseen.

Once again, a rare foray into the Farnham half seemed to offer little threat, but, inexplicably, to a man the Town defence stood off, allowing Balham to work the ball wide to Alec Fiddes who cut inside and curled a precise strike into the top right corner.

A high quality strike for sure, but the Town defence should have dealt with the danger well before the ball came to Fiddes.

To their credit, Farnham rallied and struck back almost immediately when a trademark free kick from Tom Smith could only be parried by the Balham ‘keeper, with Rob Carr, on his debut for the Town, first to react and turn the ball home.

Anyone who had watched the first half would have expected Farnham to come out and completely boss the second.

That they failed to do so was, in part, a credit to well organised, professional, Balham performance that deployed every aspect of the ‘dark arts’ to disrupt the rhythm of the game and run down the clock at every opportunity.

However, it will be a concern to everyone at the club,that Farnham failed to create a single chance in the second 45 minutes.

With Owen Dean absent and Jamie Hoppitt subdued, there was little in the way of width to get around the home side’s defensive low block, and with Kane Fitzgerald well marshalled and Jack French dropping deep, the Town created little through the centre.

In fact, it was Balham who went closest to scoring the fourth goal, when another defensive horror show from the Town resulted in not one, but two rash challenges that gave the referee the easiest of decisions to award a penalty that Alec Fiddes would go on to miss by pretty much passing the ball back to the Farnham ‘keeper Ferguson!

In his post match interview, Sean Birchnall said the team would have to “put the match behind them and move on”.

That may be the case, but they will also need to show significant improvements if they’re to take three points from Abbey Rangers.

The Town’s next home match is the Combined Counties Premier Division South league game against Abbey Rangers on Saturday 01 October.  Kick off 3:00pm