An excellent performance and a scoreline that in no way flattered Farnham.

Quite simply, the Town were the better side playing the better football throughout the match.

Having started brightly, they opened the scoring on 10 minutes, when Ashley Lloyd was on hand to turn in the ball at the back post after another well-rehearsed throw in routine, and went on to dominate their opponents for the next 20 minutes.

Seb Karczewski might have doubled the Town’s lead in the 21st minute, but was foiled before he could get his shot away by an excellent recovery challenge from Croydon full back Alfie Young, by far and away their man of the match.

Then, from the corner, Karczewski was denied again when his volley was blocked on the line by Croydon ‘keeper, Oshane Brown.

A second goal was obviously on the cards and it finally came in the 27th minute when that man Karczewski took advantage of a defensive error to stride through on goal.  Although his initial effort was well saved by the Croydon ‘keeper, the ball rebounded back to Seb who had the composure to put the ball away.

It seemed inevitable that Farnham would go on to score more, but, totally against the run of play, it would be AFC Croydon Athletic who would score next when Emiliano Lika shot home after a next passage of passing by The Rams on the half hour mark.

Despite this setback, Farnham still held the upper hand and, following another defensive mix-up, Sean Swift had the opportunity to extend the Town’s lead, only to see his shot saved by the impressive Brown.

Those supporters that had sneaked off for an early half time pint then missed the game’s next turning point.

As the teams left the pitch, there was a coming together between Farnham’s Calvin Camara and Croydon’s Will Grieveson.  It looked like ‘handbags’ deserving of joint yellow cards, but one of the referee’s assistants felt that Grieveson had grabbed Camara’s throat and the the referee duly issued a red card to The Rams’ central defender.

Reduced to ten men, Croydon started the second half on the front foot and made life tough for the Town.

In fact, for twenty minutes or so, the home side enjoyed their best passage of play, with James Ferguson forced to make a sharp save down to his left as Farnham failed to take advantage of their extra man.

That all changed in the 67th minute when Ashley Lloyd rose unchallenged to power home his second from a Tom Smith corner, and the Town would make the game safe ten minutes later when Connor Young held off his man as he entered the area and drilled home a shot that the Croydon ‘keeper just failed to keep out.

Let’s hope that the Town can extend this run of form when they return to the refurbished Memorial Grand on Saturday.

The Town’s next home match is the Combined Counties Premier Division South league game against Sheerwater on Saturday 22 October.  Kick off 3:00pm 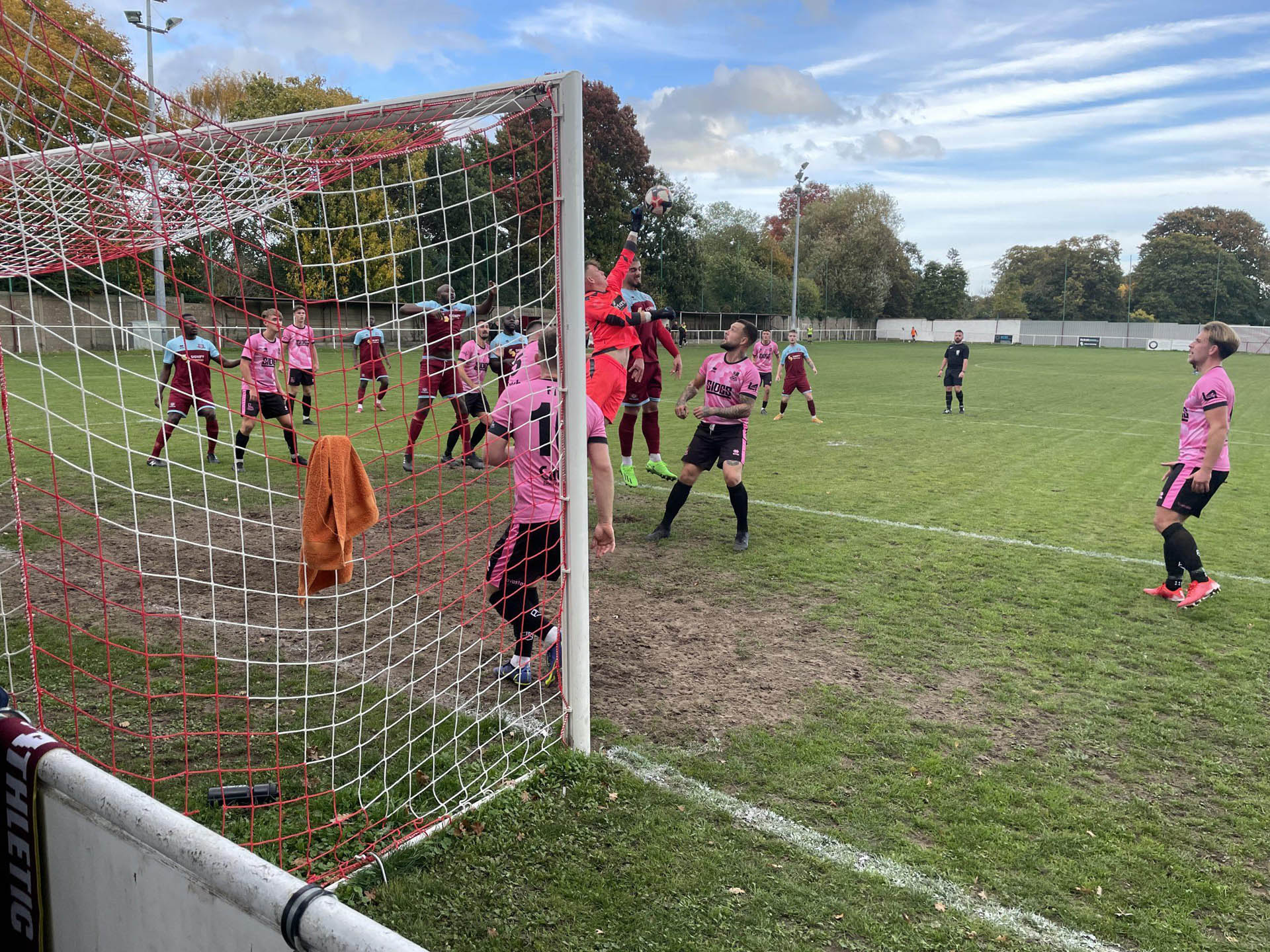