With promotion out of the question and relegation now extremely unlikely, Farnham Town’s new management team are continuing to try out different formations and players within them in order to mount an effective promotion push next season.

It’s a long term plan that will, on occasions, lead to short term reverses such as this.

Against a solid Fleet Town team that were never less than up for the fight, the home side started brightly and, after dominating the first quarter of an hour, deservedly took the lead on 16 minutes when Owen Dean rose to flick home a cross from Lamar Karoma. 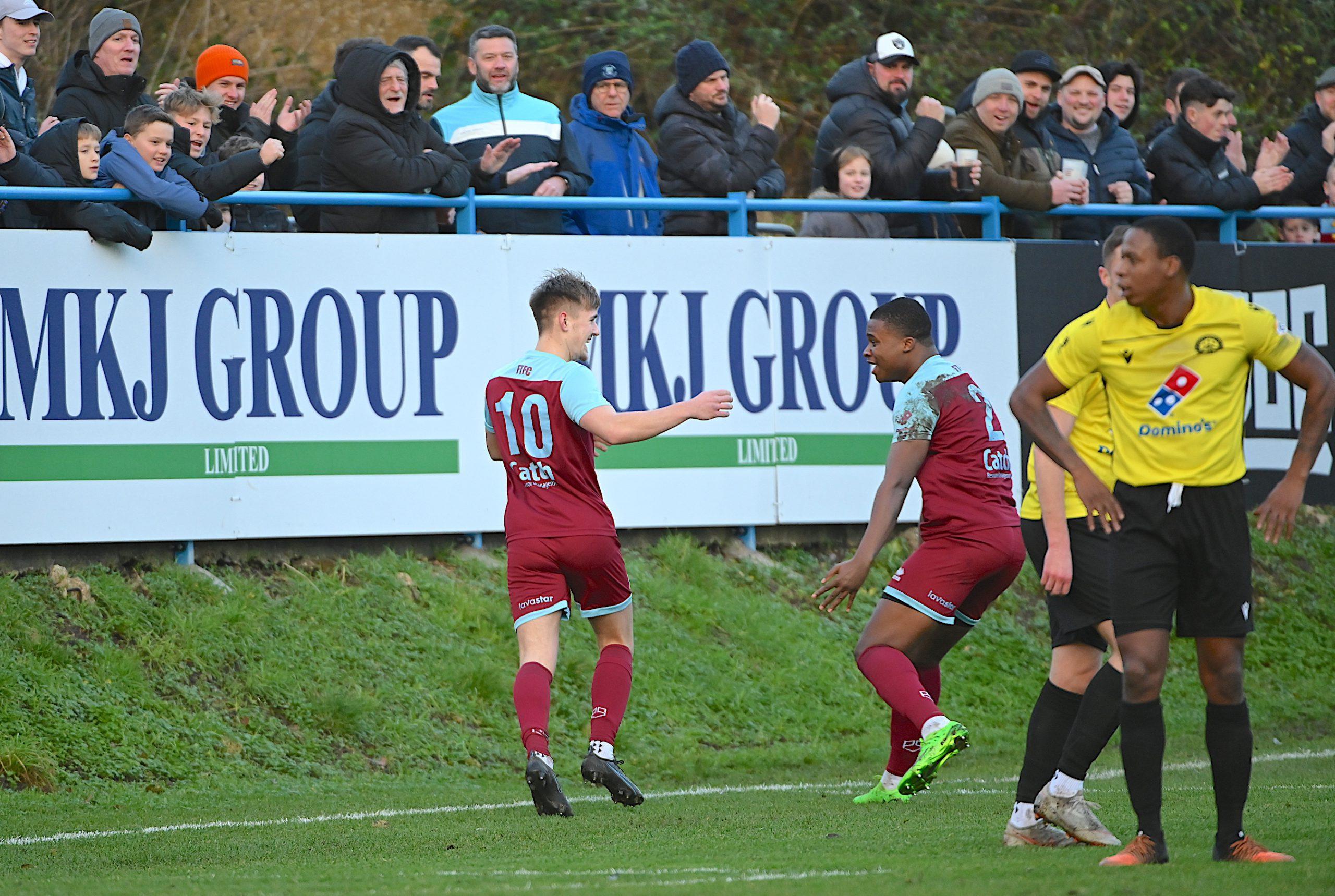 First, when Fleet Town ‘keeper, Callum Smart, only just managed to scramble away a long range effort from Richie Mbele, and then, from the resulting corner, when Farnham striker Andy Ali was unfortunate to be denied by the woodwork.

With Farnham Town now comfortably on top, it was something of a surprise when Fleet Town were able to fashion an equaliser on 25 minutes from Tayo Oyebola after the home side had failed to deal with a routine long throw into their area.

The first half would be played out with chances at both ends, but, for Farnham Town fans, there was a growing suspicion that the visitors were gradually taking control of the game.  So it proved five minutes into the second half, when, from another dead ball that the Farnham defence failed to clear, Louis Blake was on hand to fire home from six yards out.

Connor Young, the hat trick hero from our last home match, was introduced on 53 minutes and, just 10 minutes later, was pulled down by Fleet defender, Khalid Babiker, who was somewhat harshly judged to be the last man and was sent off with half an hour remaining. 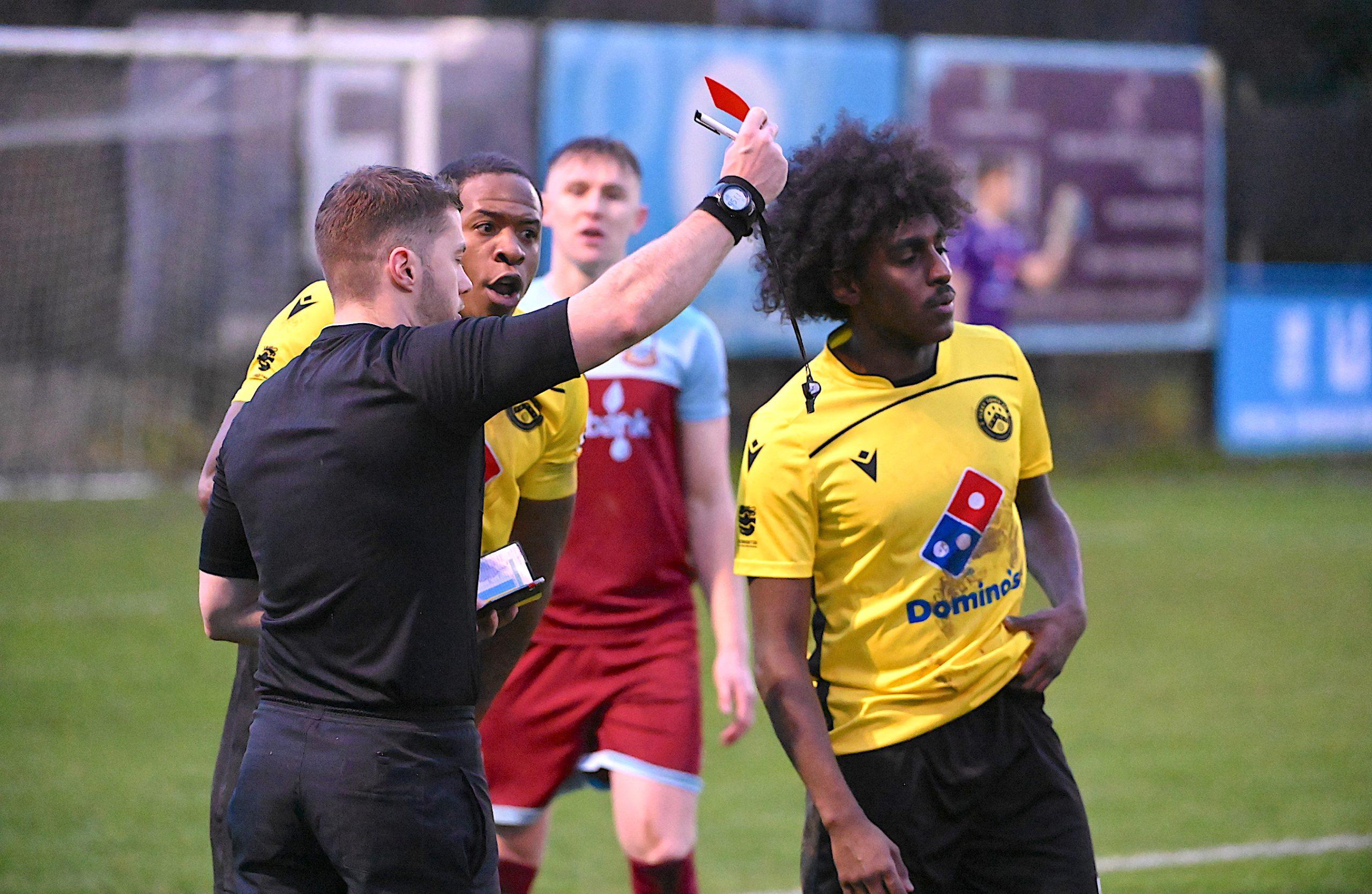 Despite being a man to the good, Farnham were then given a lesson in game management as the Fleet players used their experience to slow the game down, run down the clock, and generally frustrate a Farnham side ultimately reduced to launching long balls forward.

In fact, it wasn’t until the 90th minute that Farnham finally fashioned a clear cut chance when Jamie Hoppitt’s header was superbly saved by Smart and, despite almost eight minutes of added time, Fleet held on for a deserved win.

The Town now travel to top of the table Abbey Rangers on Saturday for what is likely to be another tough test, before facing the rearranged fixture at home to Redhill on Tuesday 17th January.

Huge thanks to our matchday sponsor Marshels.

We hope you enjoyed the match and look forward to seeing you again soon.

The Town’s next home match is the Combined Counties Premier Division South league game against Redhill on Tuesday 17 January.  Kick off 7:45pm