Five games in and we’re now starting to see a pattern.

The opening game against Jersey Bulls has proven to be the outlier.

In that game, the Town was the underdog, under the cosh from a strong opponent and forced to battle back for a draw.

Since then, the team has looked impressive, dominated each game for long periods, opened the scoring on each occasion, but then failed to capitalise on further clear cut chances before surrendering the initiative and ending each match on the back foot.

This match was virtually a carbon copy of Farnham’s first win of the season against Cobham.

The Town totally dominated the first half against a youthful looking Horley Town, and were excellent value for the opening goal on 21 minutes when the Horley Town skipper could do no more than apply the finishing touch to Owen Dean’s goalbound header.

Ten minutes later, it might have been two, when Tom Smith’s free kick struck the post with the Horley ‘keeper completely beaten. 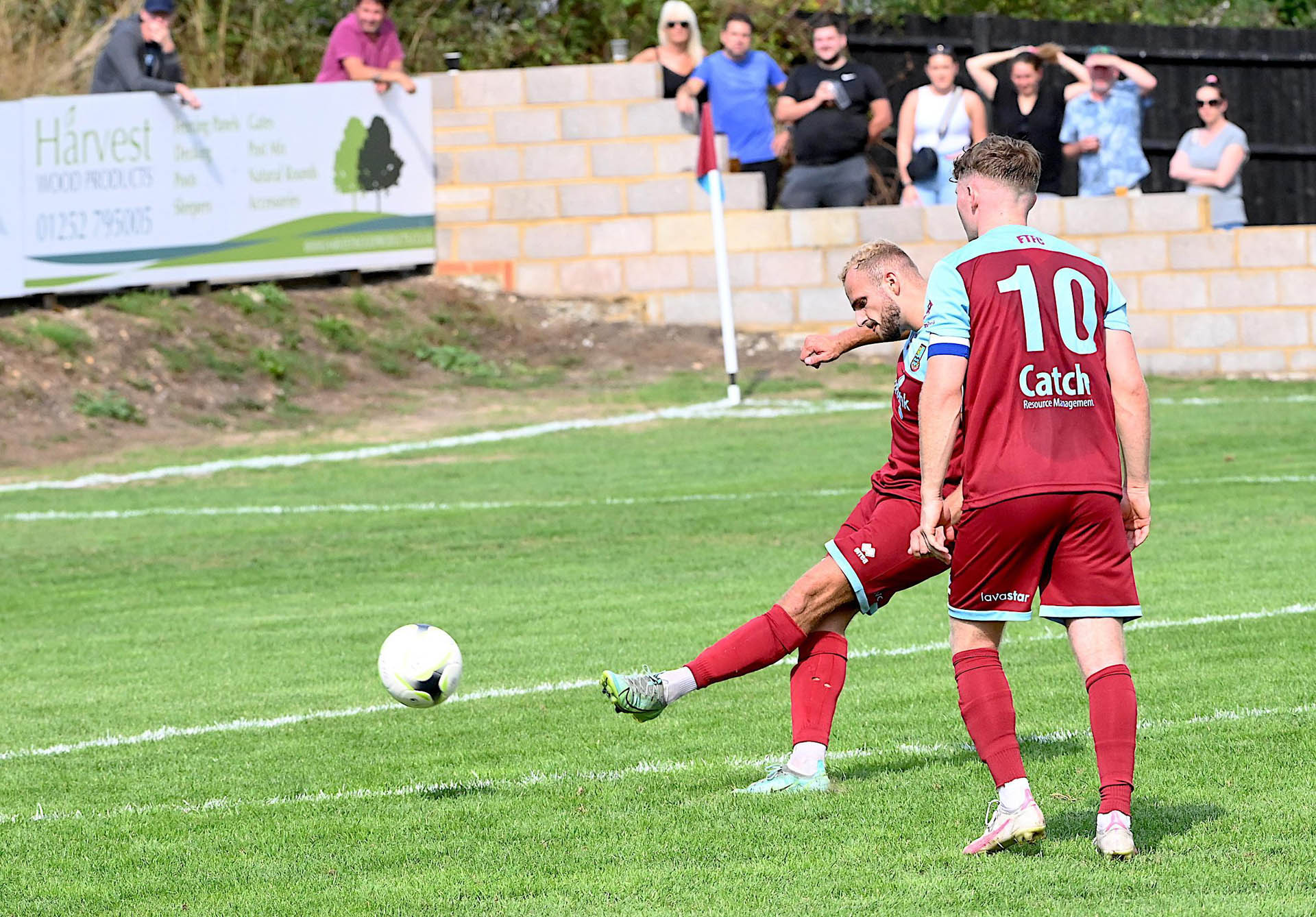 And the chances kept on coming!

Jamie Hoppitt headed just wide from a corner, and Matt Bunyan just failed to connect with a couple of tempting crosses.

However, as happened against Cobham, the Town failed to find a second goal and the fans would go in at half time wondering why.

In truth, the second half failed to match the fireworks of the first.

There were chances for the Town but the Horley Town ‘keeper was easily able to deal with everything that came his way.

At the other end, Horley Town offered little, aiming to apply pressure via a succession of crosses that the Farnham Town ‘keeper James Ferguson proved more than equal to, ably supported by a solid centre back pairing of Liam Ferguson and Liam Pestle, with Ashley Lloyd deployed as the holding midfielder in front of them. 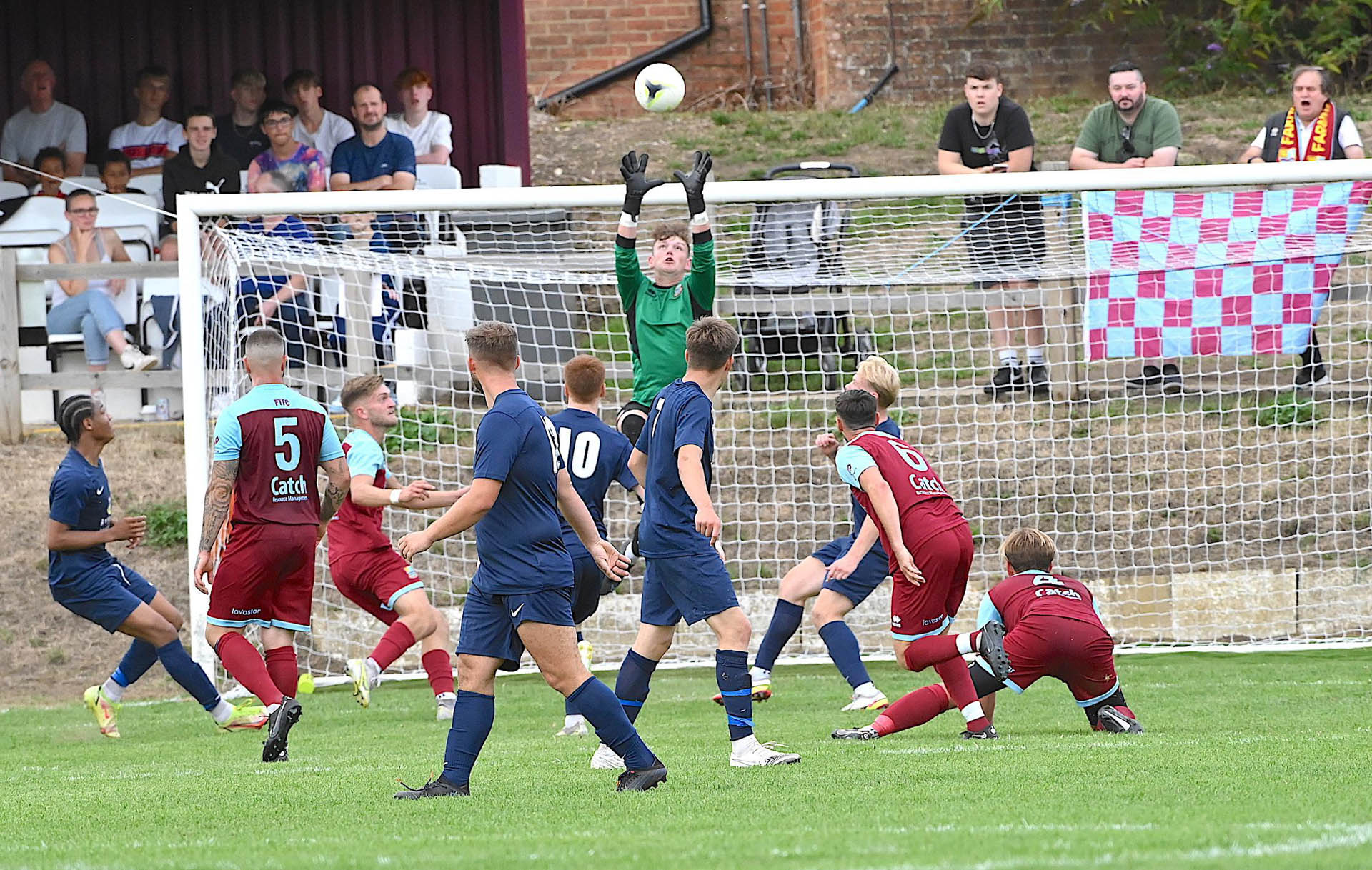 Farnham remained firmly on top, but, as the game went on without a second or, better still, third goal, anxieties appeared to grow amongst those both on and off the pitch with memories still raw from the recent reverses at Tadley Calleva and Frimley Green.

This time, thankfully, things would be different.

The Town held one to record their second win of the season and christen the new scoreboard with a well-earned clean sheet!

The Town’s next home match is the Cherry Red Records Premier Challenge Cup against Flackwell Heath on Tuesday 06 September.  Kick off 7:45pm

On behalf of Farnham Foodbank we would also like to say “thank you” to everyone that made a donation yesterday. 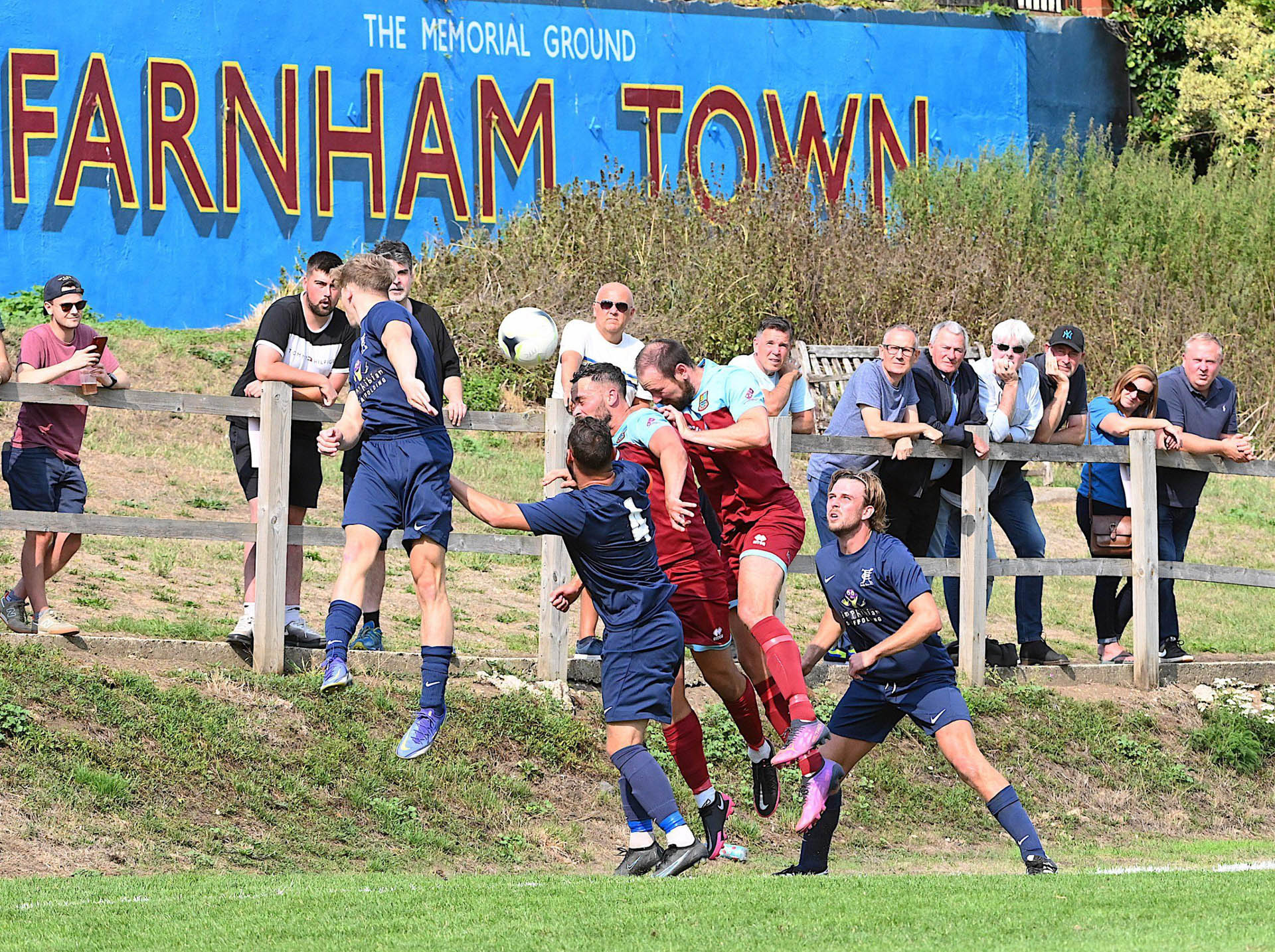