Ten Man Farnham Town Come Back To Grab A Late Draw Against Alton.

After all that had happened already this week, it’s understandable that the Town players were glad to get back into action last night.

That’s certainly how it appeared in the opening 15 minutes, as Farnham Town took the game to their near neighbours with a verve and ambition that had been completely absent in the weekend defeat to Sheerwater.

The Town took the lead on nine minutes when Kane Fitzgerald was on hand to score after a Rob Carr shot was cleared off the line and, just minutes later, Carr might have doubled the lead against his former club, but his free kick was a mere fraction too high.

And then, just when it seemed that the Town were in complete control, familiar failings set in.

Having switched off and allowed Alton winger Siph Mdlalose to equalise against the run of play on 17 minutes, nerves re-emerged to take hold of the Town players and, as the home side lost their composure, the visitors took control of the game, with Mdlalose hitting a post and Farnham ‘keeper James Ferguson making the first of a string of splendid saves to keep the Town on level terms.

As the game approached half time, Farnham enjoyed a piece of good fortune when the referee elected to show Kane Fitzgerald what many in the ground felt to be a lenient yellow card for a challenge that might well have seen red.

However, rather than riding their luck until half time, the Town allowed Alton to take the lead with some dreadful defending.

First, Chris Ellis over committed himself with a rash challenge that allowed the Alton winger to scoot away and deliver a pinpoint cross that was firmly met with a fine header at the far post which James Ferguson did exceptionally well to save.  Then, as the ball spun up into the air, the Town defence stayed static as Mdlalose darted in to double his tally and put Alton ahead.

The second half saw Alton completely in command.

Almost all of the action was at the far end of the ground and only James Ferguson’s excellence kept Farnham in the game.

With less than 10 minutes remaining, the game appeared to be all over for Farnham when half time substitute Jack French was sent off for dissent.  However, going down a man down in addition to being a goal down seemed to spur the Town into action and they began to enjoy their best passage of play since the opening quarter of an hour.

Despite this, fans were beginning to file out when the game took its final twist.

With three minutes remaining, Chris Ellis atoned for his earlier error with a trademark long throw that found left back Liam Flanighan stealing in at the far post.  Flanighan’s header found the net and Farnham had stolen a precious point.

But it’s one that the Town can definitely build on when they travel to Raynes Park Vale on Saturday.

Huge thanks to our matchday sponsor A-Plan Insurance.

We hope you enjoyed the evening and look forward to seeing you again soon.

The Town’s next home match is the Combined Counties Premier Division South league game against Banstead Athletic on Saturday 12 November.  Kick off 3:00pm 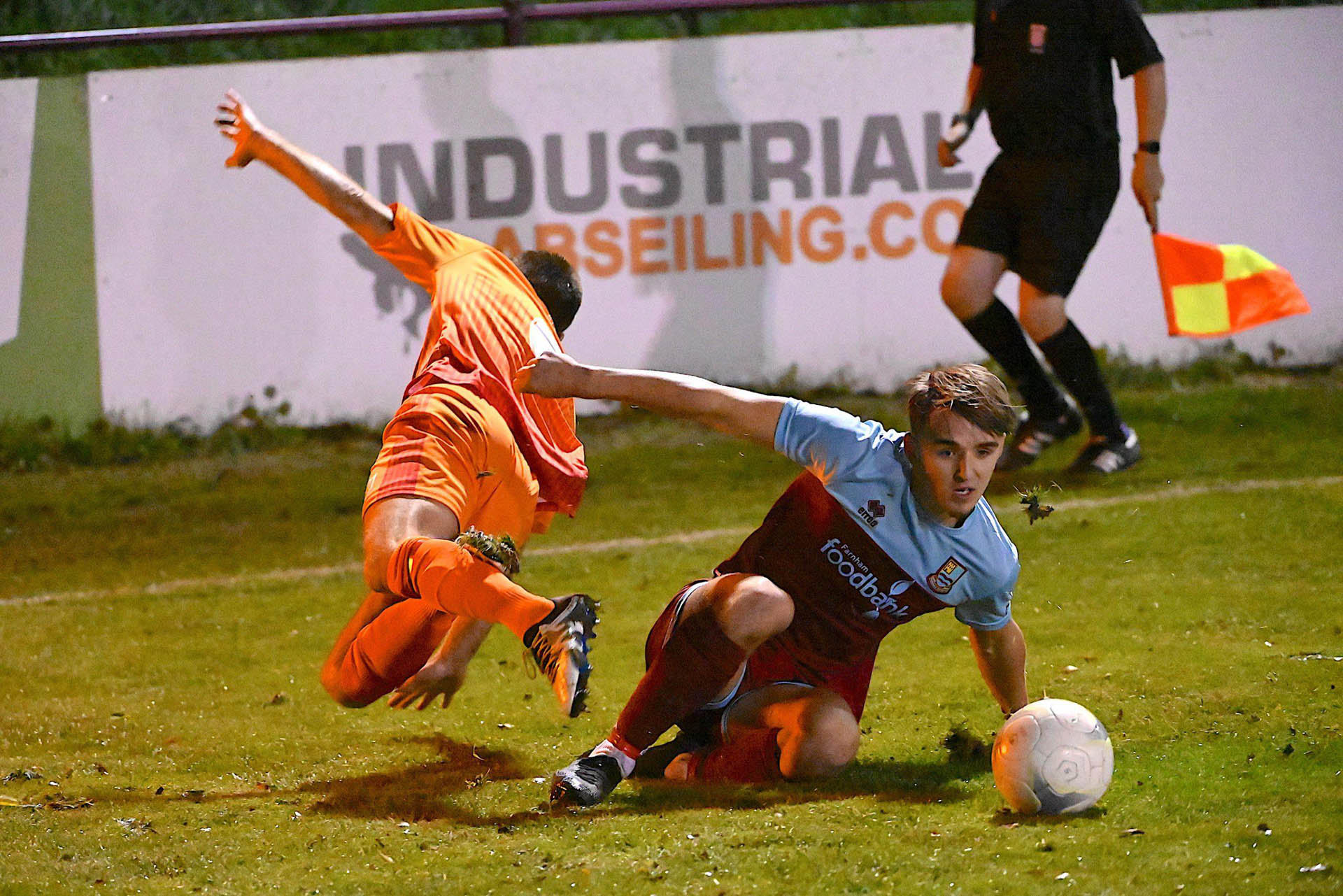