It was the Chinese philosopher Lao Tzu who said; “The journey of a thousand miles begins with one step.”

And, under new manager Paul Johnson, Farnham Town has taken the first steps toward an exciting new future.

There will, of course, be tougher tests than those posed by a struggling Banstead Athletic.

However, the way in which the Town played their football suggests that this will be the start of something good.

Those fans who attended last Saturday’s abandoned match against Knaphill were already familiar with the tactical switch to a back three, as well as being introduced to new faces in Richie Mbele and skipper Shaun McAuley.

The new management team had brought in three additional players for this game, Patrick Campbell and Olukayode Osu in defence and Philip Roberts to spearhead the attack. However, it was a familiar face that the Farnham fans were most happy to see Max Meaton returning as a right wingback for only his second start of the season.

With Meaton marauding down the right flank and Tom Smith doing the same on the left, the Town started brightly, passing the ball fluently and combining to create chances that the lively Roberts just failed to convert.

In midfield, it was Mbele that caught the eye, always moving and using the ball effectively.

A well deserved opening goal came in the 26th minute as Owen Dean, playing alongside Roberts up front, took the ball in his stride and finished cooly past Banstead ‘keeper Charlton Hopkins for his fourth goal of the season. 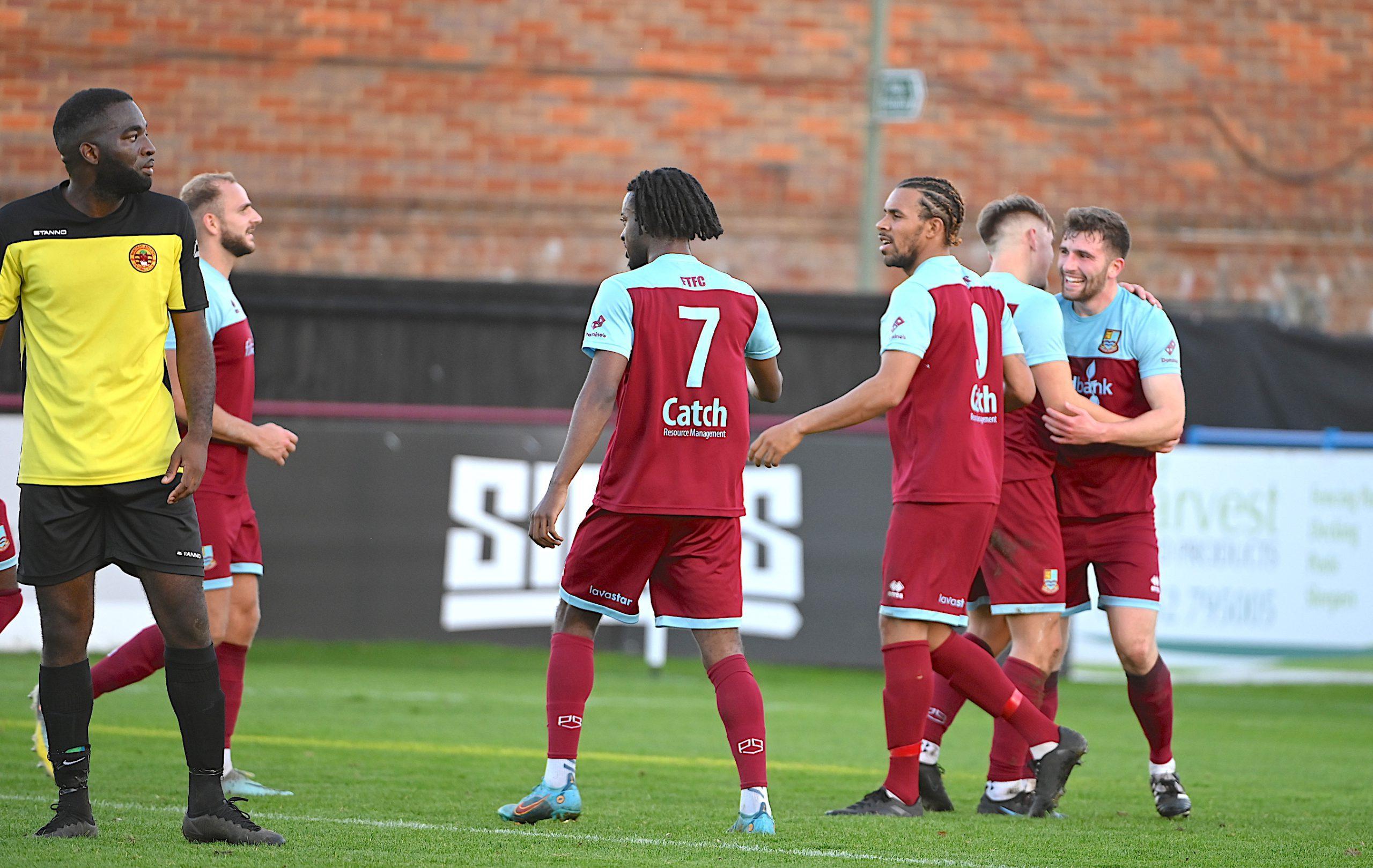 Comfortably on top, and, at times, playing some of the most attractive, free flowing, football that Farnham fans have seen this campaign, the Town started the second half as they finished the first, and completely deserved their third goal on the hour mark, headed home by centreback Liam Flanighan for his third in five games, as well as a somewhat fortunate fourth on 78 minutes, an own goal scored when the Banstead ‘keeper’s clearance rebounded off his own defender.

So, a first win in five games and, perhaps more importantly, the first clean sheet since August.

Upon joining Farnham Town, our new manager has publicly spoken about getting his “buzz back”.

After a performance like this, it’s a sure thing that the fans are starting to feel the same way.

The Town’s next home match is the Combined Counties Premier Division South league game against Tadley Calleva on Saturday 19 November.  Kick off 3:00pm 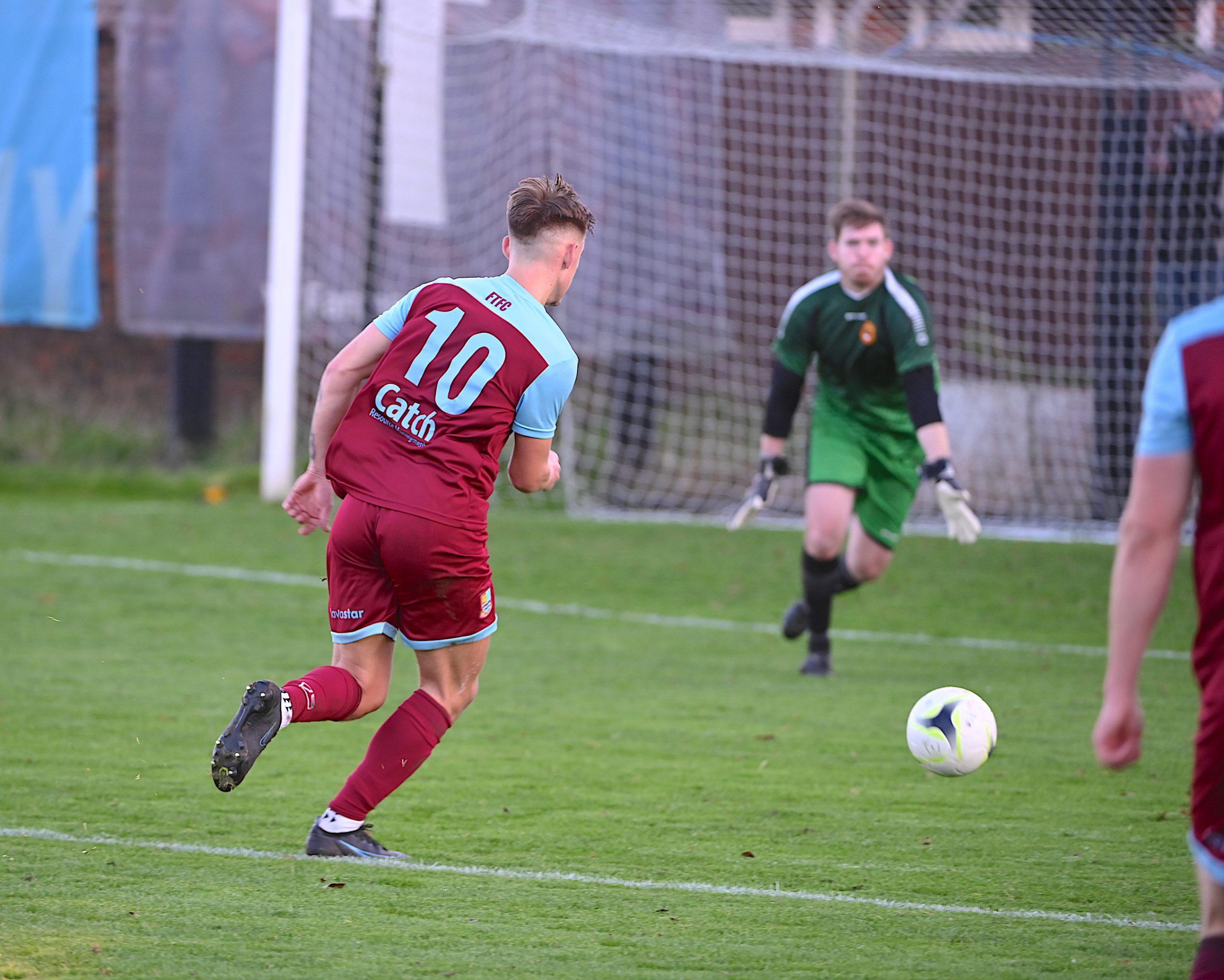