For over an hour, Farnham Town were in complete control of this game.

They were far and away the better side and, although their total dominance had not been rewarded with goals in the first half, a 2-0 lead through second half strikes from Kane Fitzgerald and Connor Young was nothing less than the Town deserved.

Which makes it all the more frustrating that they only left with a single point.

The first half was played at a frenetic pace and, although Farnham Town was clearly the better side, with Jack French and Kane Fitzgerald particularly impressive in midfield, both sides failed to show clinical quality in the final third.

The main talking point was a clash of heads on the half hour, that saw Sean Swift substituted and subsequently taken to hospital.

The referee ruled it accidental, a view disputed by Farnham fans who noted the Frimley Green skipper was already on a yellow card.

With few chances created, the best opportunity fell to Owen Dean in the 37th minute when he was played through by another fine pass from Kane Fitzgerald.  Unfortunately, a heavy touch took the ball away from him and the Frimley Green ‘keeper was able to claim it.

Thankfully, almost immediately after the restart, the deadlock would be broken by the same partnership in reverse.

As Farnham applied pressure to the home defence down the right flank, Owen Dean was on hand to capitalise on a defensive error and crossed for Kane Fitzgerald to slot home and give the Town a well deserved lead on 48 minutes. 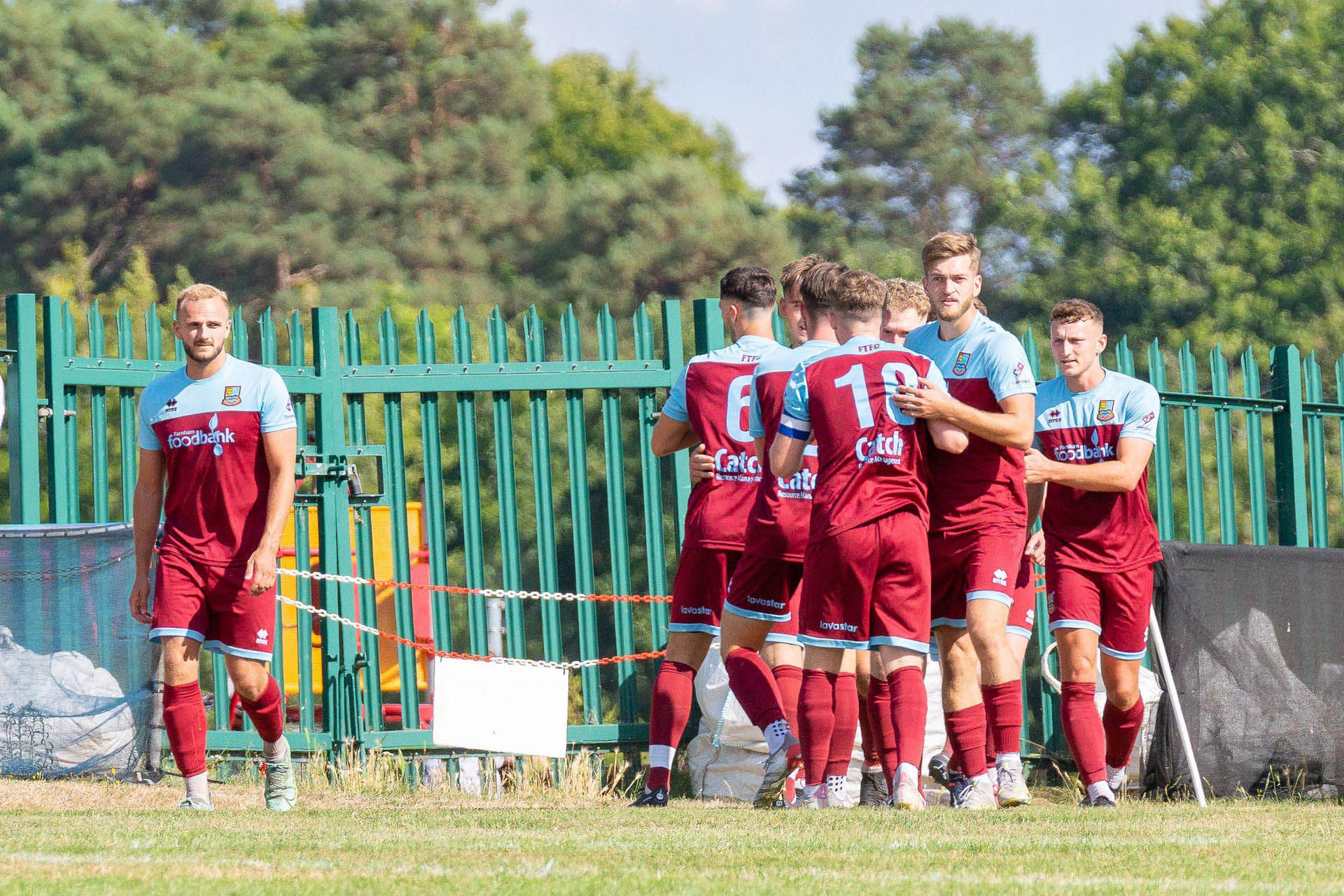 Less than 10 minutes later, the lead was doubled when Owen Dean crossed for Connor Young to head home a fine debut goal.

With the scoreline now a far more accurate reflection of the Town’s dominance on the pitch, it seemed almost certain that Farnham would not only be taking home all three points but also giving their goal difference an even greater boost.

Which is when, unbelievably, it all started to go wrong.

First of all, on 63 minutes, the Farnham Town defence was guilty of standing off and allowing Frimley Green to pull one back.

Perhaps the memory of letting a two goal lead slip just four days earlier was preying on the minds of the Town players, but the composure that they had shown up to that point seemed to evaporate as soon as the ball hit the net.

In fact, Farnham were fortunate not to go down to 10 men when substitute Ben Bauchop, already on a yellow card, was merely given a stern talking to for a subsequent challenge that another referee might have felt deserved a second card.

As the game entered the final 15 minutes, manager Sean Birchnall made the sensible decision to avoid tempting fate by replacing Bauchop with Ange Djadja and, in doing so, took the opportunity to move to a more solid 4-4-2 formation, with Will May coming on for Tom Smith and Ashley Lloyd switching to left back as the Town looked to hold on to what they had.

And it was almost enough.

However, once again Farnham would concede a goal after 90 minutes, this time when ‘keeper James Ferguson failed to claim a speculative ball into his area and saw it fall to a Frimley Green player to strike home.

It’s an unpleasant statistic, but twice in successive matches the Town have let a two goal lead slip.

And, on each occasion, they’ve also conceded in the final minute.

Now given a seven day break before their next game, Sean and his team will be working hard to prevent it happening a third time. 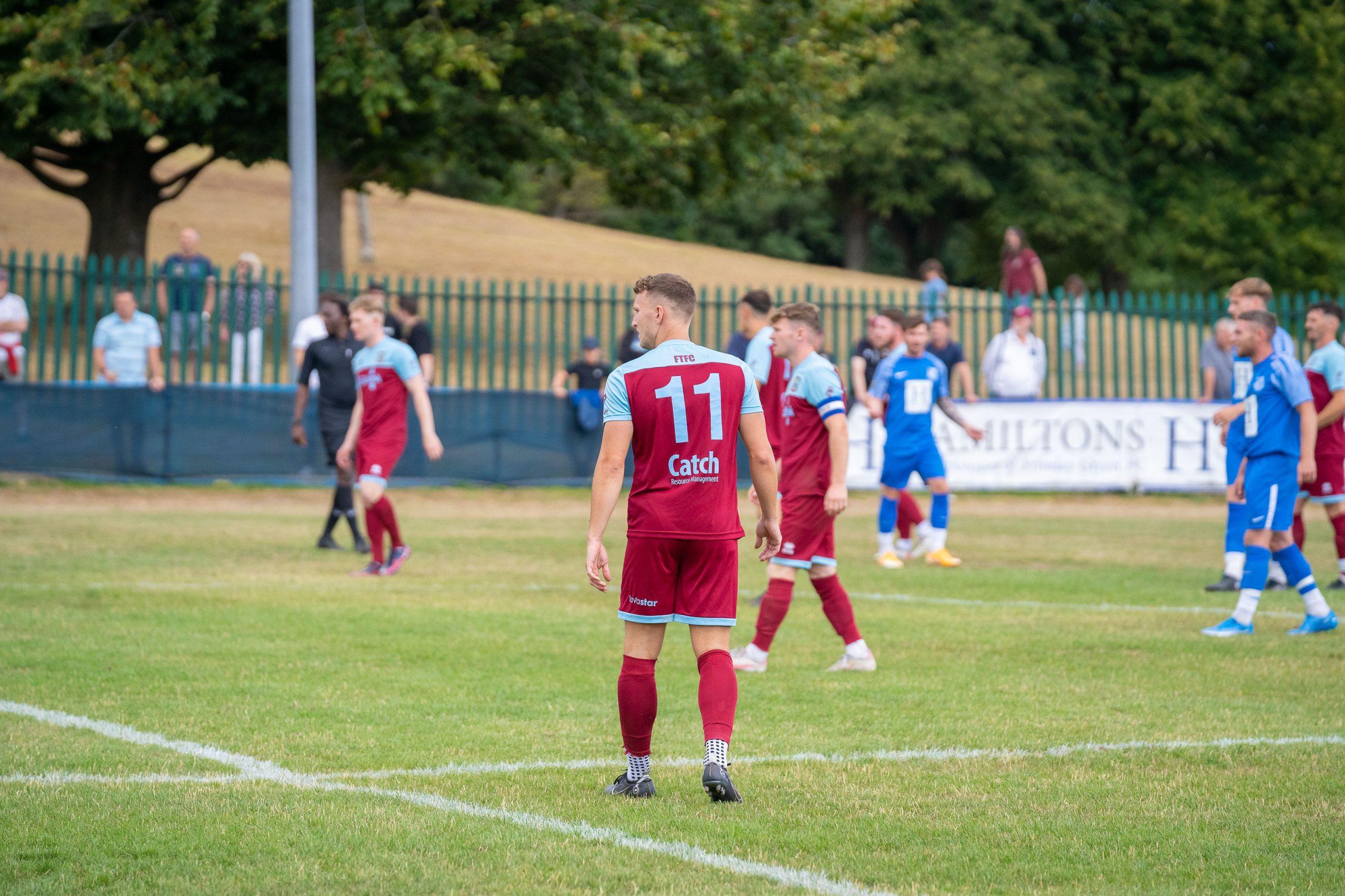