The Town Get Back To Winning Ways

A Will May Brace Brings Farnham A Second Saturday Home Win.

Of course it’s a cliché, but this really was a game of two halves.

More specifically, a game changed by an inspired half time substitution.

For the first half, Farnham were second best in almost every department.

Misplaced passes and aimless long balls that never looked likely to find their target was the order of the day, with a frustrated front three left isolated from a midfield unable to retain possession and full backs unwilling to forgo their defensive responsibilities and push on.

Neither side had created anything of note until Frimley Green, with what was probably their first attack of the match, took the lead with a well taken, if highly contentious, goal on the half hour mark.

Almost inevitably, the Town lost possession from a misplaced pass on the half way line and, with Farnham full back Olly Ryman caught completely out of position, Frimley Green were able to get the ball down the flank and put in a cross that was headed home by a forward that appeared to be in an offside position between ‘keeper Richard Ossai and the goal.

While the Town continued to dispute the goal, Frimley Green took control of the game and were unfortunate not to go two up when their next attack saw a shot hit the bar with the rebound tipped over by the alert Ossai.

Something needed to change and, at half time, it did.

On came Tom Smith at left back, pushing Olly Ryman into a more advanced position.

Instantly the Town looked more threatening, the pair working in tandem, with Smith able and willing to overlap, pushing the Frimley Green defence ever deeper as the match went on.

This, in turn, also gave Max Meaton more space to support Josh Ogunseye on the right and, as the match moved into its final stages, it would be this combination that would turn the game around for the Town.

First, on 78 minutes, Josh twisted and turned his way into the area before placing a pinpoint cross onto the head of Will May for the equaliser. Then, just three minutes later, Will was again in the right place at the right time to give Farnham the lead with a glancing header from a Max Meaton cross.

So, another Saturday win in the sunshine sees the Town seeking to cement their place in the top half of the table with five league games left in the season, starting with a trip to AFC Croydon Athletic on Saturday.

Before that, this Tuesday sees Farnham travel to Ashford Town of the Isthmian League in the third round of the Southern Combination Cup for what promises to be an extremely tough tie under floodlights.

Here’s hoping for another win!

The Town’s next home match is the Combined Counties league game against Cobham on Saturday 09 April.  Kick off 3:00pm 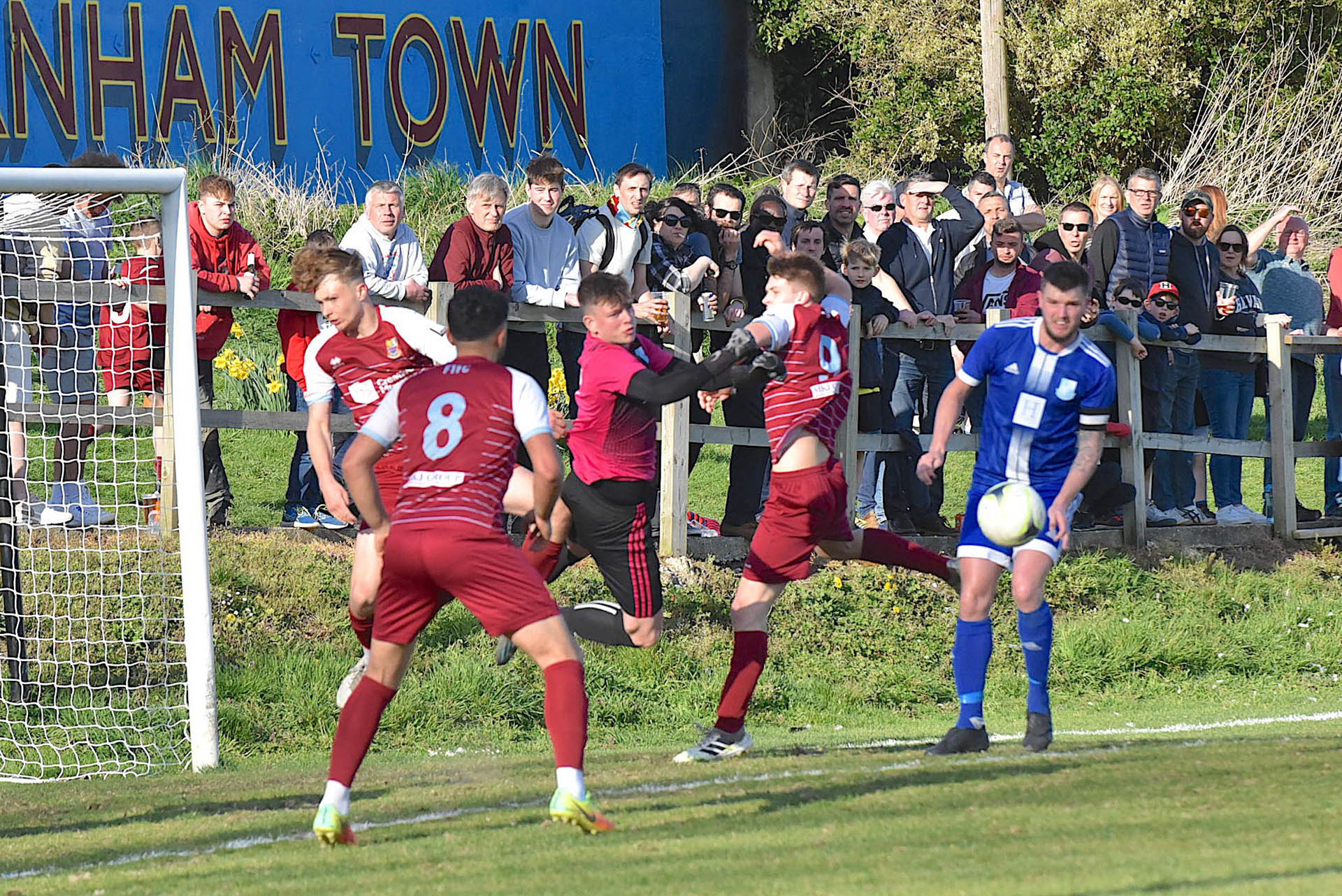