The Town Go Down To Our Local Rivals

This match was the Town’s season in a microcosm.

A 20 -30 minute period when they looked like world beaters.

A goal, out of nothing, by Josh, on his left, cutting in from the right.

And, ultimately, a defeat to a physically more powerful side.

Make no mistake, Badshot Lea were the better side, especially in the second half.

But it could have been oh so different.

On thirteen minutes, Owen Dean was played through by a delightful ball from Arsen Ujkaj.

As the crowd held their breath, anticipating the Town taking the lead, the Badshot Lea ‘keeper strode out to narrow the angle and, as Owen weighed up his options, the moment was lost and the ball went wide.

Despite this setback, the Town were completely on top.

But they couldn’t find the back of the net and, ultimately, fell victim to a sucker punch as, what can only be described as a contentious free kick, was headed back across goal by the impressive Matt Matthews for an unmarked Nic Ciardini to put the home side in front.

It was a goal completely against the run of play.

However, to their credit, the Town responded on the stroke of half time.

It was, of course, that man Josh, cutting in from the right and shooting low into the corner with his left foot.

Being level at half time was no more than Farnham deserved.

However, the second half started in a completely different style with Badshot Lea in the ascendancy.

They regained the lead with a well worked free kick, poorly defended by the Town, two minutes into the second half, and made the match safe three minutes later when centre back Matt Matthews was on hand to turn in a cross from the right.

Our neighbours, our rivals, will finish comfortably clear above us this season,

And, for that, we must be magnanimous and congratulate them for their success.

But, going forward, we are sure to learn from the manner of our defeats.

And we shall come back stronger next season. 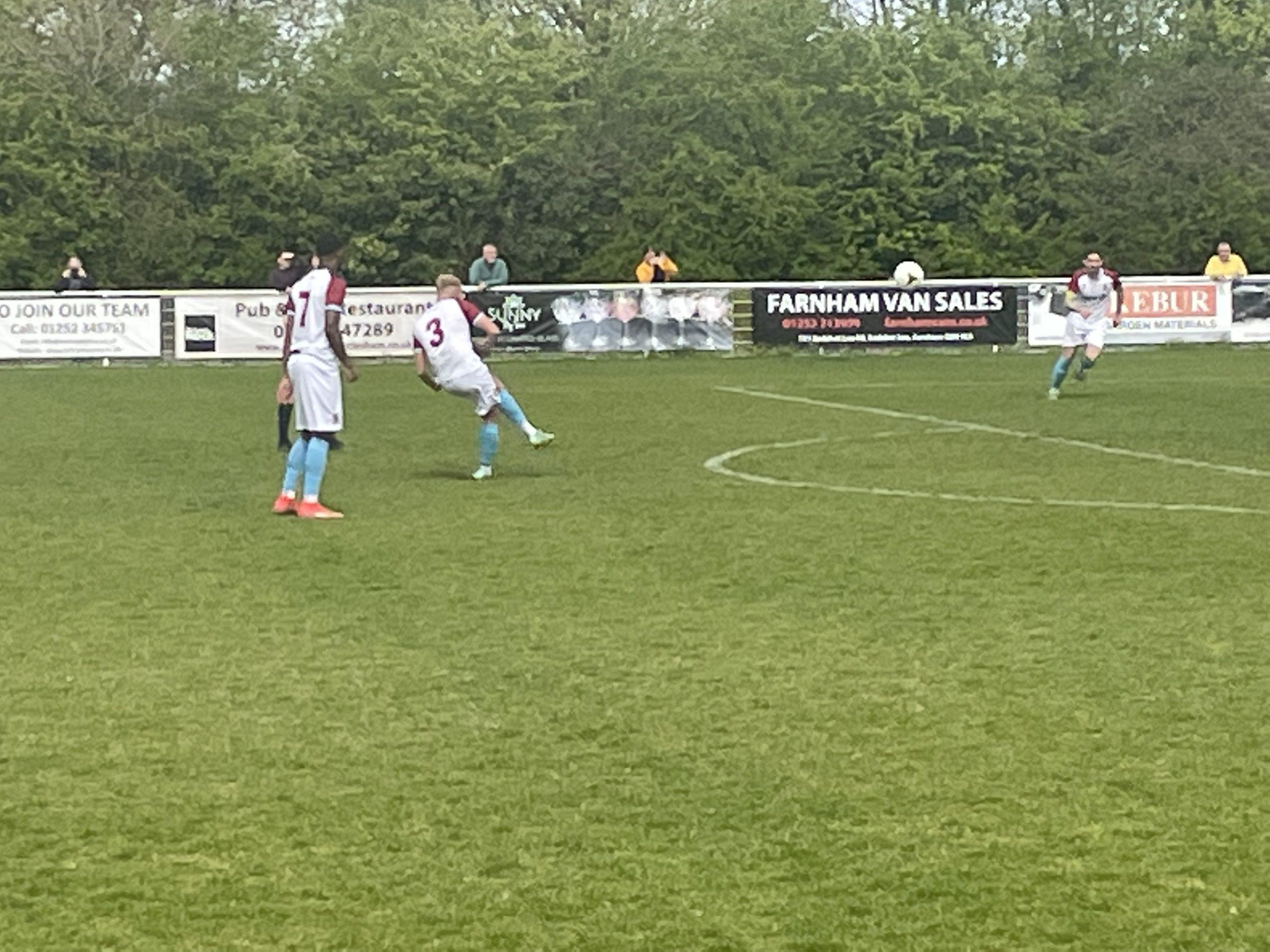