The Town Sparkle In The Sunshine

This felt like a match at the start of the season.

A large crowd, full of optimism, all enjoying the sunshine.

And, for the first time in the league this year, the home fans’ optimism was rewarded.

Understandably building on the feelgood factor of the under 18s recent success, the Town teamsheet saw George Fox, part of the U18s Championship winning side, make his first team debut at centre back, playing alongside Greg Haydon, whose welcome return from injury helped give the defence greater solidity.

With Tom Smith and Max Meaton also returning to the back four, Farnham looked more secure than in recent games although they were twice indebted to ‘keeper Richard Ossai, first in the in the 25th minute when he tipped a terrific volley from Jacob Wheeler over the bar, and then, just two minutes later, when he pushed a fierce half-volley from Adam Poynter away for a corner.

Even then the danger wasn’t over, as the Town defence failed to clear the corner and, as the ball pinballed around the penalty area, the home fans were relieved to see it cleared off the line and finally out of the area after a couple of miskicks from the Camberley Town forwards.

All square at half time was a fair reflection of the match at that point and, other than another fine save from Farnham ‘keeper Ossai early in the second half, there was little separating the two teams until the 67th minute.

By then, the Town had made a tactical change.

The always lively Joshua Ogunseye had been well marked on the right flank and the second half saw him switched to the left where his pace allowed him to take his man on and beat him down the outside.

It was exactly this scenario that led to what would prove to be the winning goal.

Josh beat his man down the left, pulled the ball across the goal, and Olly Ryman slammed it home.

Somewhat surprisingly, the Krooners offered little in reply and, with a little more composure, Farnham might have extended their lead with both Olly and Josh having good chances to score a second goal.

But, in the end, it didn’t matter.

A clean sheet paid testament to a strong defensive performance and provided the foundation for a well-deserved three points, with ‘keeper Ossai back to his best and George Fox really growing into the game.

The Town’s next home match is the Combined Counties league game against Walton & Hersham this Tuesday, 22 March.  Kick off 7:45pm 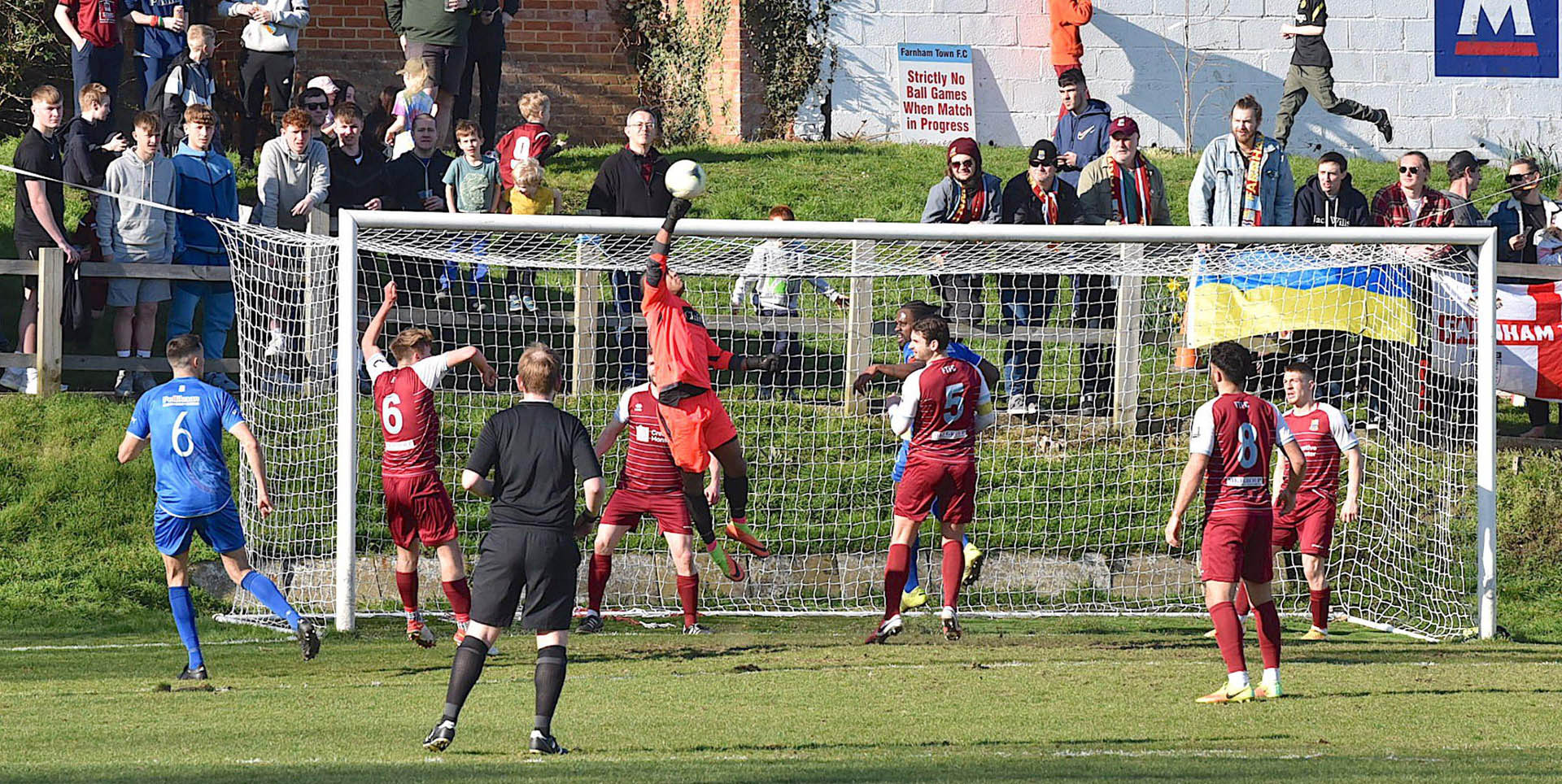