An injury hit Farnham Town go down 2-1 to a last minute winner against Redhill.

These are tough times to be a Town fan.

And it’s a massive testament to the efforts of the club off the pitch that the numbers are increasing for those watching the players on it.

Spare a thought too for Farnham manager Colin Millard.

Right now, he must truly feel that he was “born under a bad sign”.

As has been the case so often this season, the Town team were hit by a combination of suspensions, injuries and external factors that required manager Millard to reshuffle his back four once more.  And, although the loss of skipper Ashley Lloyd’s leadership was a massive blow, it would be the absence of Tom Smith on the left flank that would arguably have the greater overall impact.

Despite the absentees, Farnham started well and, with Nhoj Witter particularly impressive in midfield, the Town enjoyed the majority of possession in the first 20-25 minutes, albeit without creating anything approaching a clear cut chance.

However, after half-an-hour, in form Redhill had begun to find their feet, correctly deducing that Farnham were playing everything down the right hand side in an effort to give Josh Ogunseye an opportunity to take on his man and drive into the penalty area.

With Redhill now very much the stronger side, it was, in fact, something of a surprise when it was the Town that took the lead from a well taken Josh Ogunseye penalty after Will May was fouled by a kick to the head in the 39th minute.

And things might have been even better when, right on the stoke of half time, Josh saw his shot well saved at the near post.

Almost certainly aggrieved by the half-time score, Redhill came at Farnham from the first minute of the second half, and, with the Town full backs prevented from pushing on, it was almost inevitable that the pressure would result in an equaliser.

And so it proved when, once more reflecting the Town’s lack of luck, the Lobsters were able to level the score from a penalty of their own, mere seconds after a speculative shot from Parish Muirhead had struck the bar in the 55th minute.

Now Farnham were really up against it, a situation made worse when stand-in skipper Max Meaton was forced off by a hamstring injury.

Anyone who has watched England’s matches in the latter stages of recent tournaments will have recognised what happened next.  Unless the full backs are able to get forward, the 4-3-3 system starts to invite pressure, pinning the midfield back and forcing the team to go long to the forwards.  Youngsters Will May and Kye Nash have done incredibly well since they’ve come into the team, but it’s too much to expect them to do it week in, week out, against physically stronger and more experienced defenders.

For the final half an hour, Redhill were absolutely rampant.

And yet the Town held on.

Right up to the last minute, when, with the ball pinging around Farnham’s penalty area, it was turned in after the Town failed to clear.

An absolute gut punch for Farnham and their fans, but, on reflection, a fair result for a Redhill side that dominated the second half.

“It was disappointing the way the game ended, especially being on the wrong side of the result in a game I thought we had done enough to get something from.

I was very pleased with our first half performance and felt we thoroughly deserved to be ahead at half-time.

But, as has been the case on so many occasions this season, the team fail to produce a 90 minute performance.

In the second half Redhill were on the front foot like we had been in the first half.  The penalty gave them momentum and, as the game wore on, they were the only likely winners.

Whilst I accept our team is still learning they are not learning from their previous experiences quickly enough.  This game is almost a carbon copy of the Sheerwater match a few weeks ago. Dominated the first half,  led at half-time, only to not turn up in the second half.

At the moment we have certain individuals that, when the going gets tough or tougher, either think they can win the game by themselves or they quit.

Redhill are a perfect example of a well drilled, consistent, no frills step five side.

They do the basics well consistently and that’s why they are challenging top end of this division and we’re mid table.

The problem at this club is that players miss too much football for non football related issues. They have to decide if they want to play at this level and, if they do, then we must demand greater commitment, otherwise those players need to move on. Ambitious clubs need ambitious players. Committed clubs need committed players. You’re either fully in or out. We cannot continue to accept these levels of contrasting performances.

We’ll see what sort of reaction we get on Wednesday at Guildford City.

I do want to thank our supporters who continue to grow in numbers and vocal support. This season was going to be up and down as we understand our level, but we do appreciate you getting behind us and I hope to hear and see vocal numbers on Wednesday.

Farnham must hope for better fortune when they travel to Guildford City for the second part of the ‘A31 Derby’ on Wednesday night.

The Town’s next home match is the Combined Counties league game against Fleet Town on Saturday 20 November.  K.O. 3:00pm 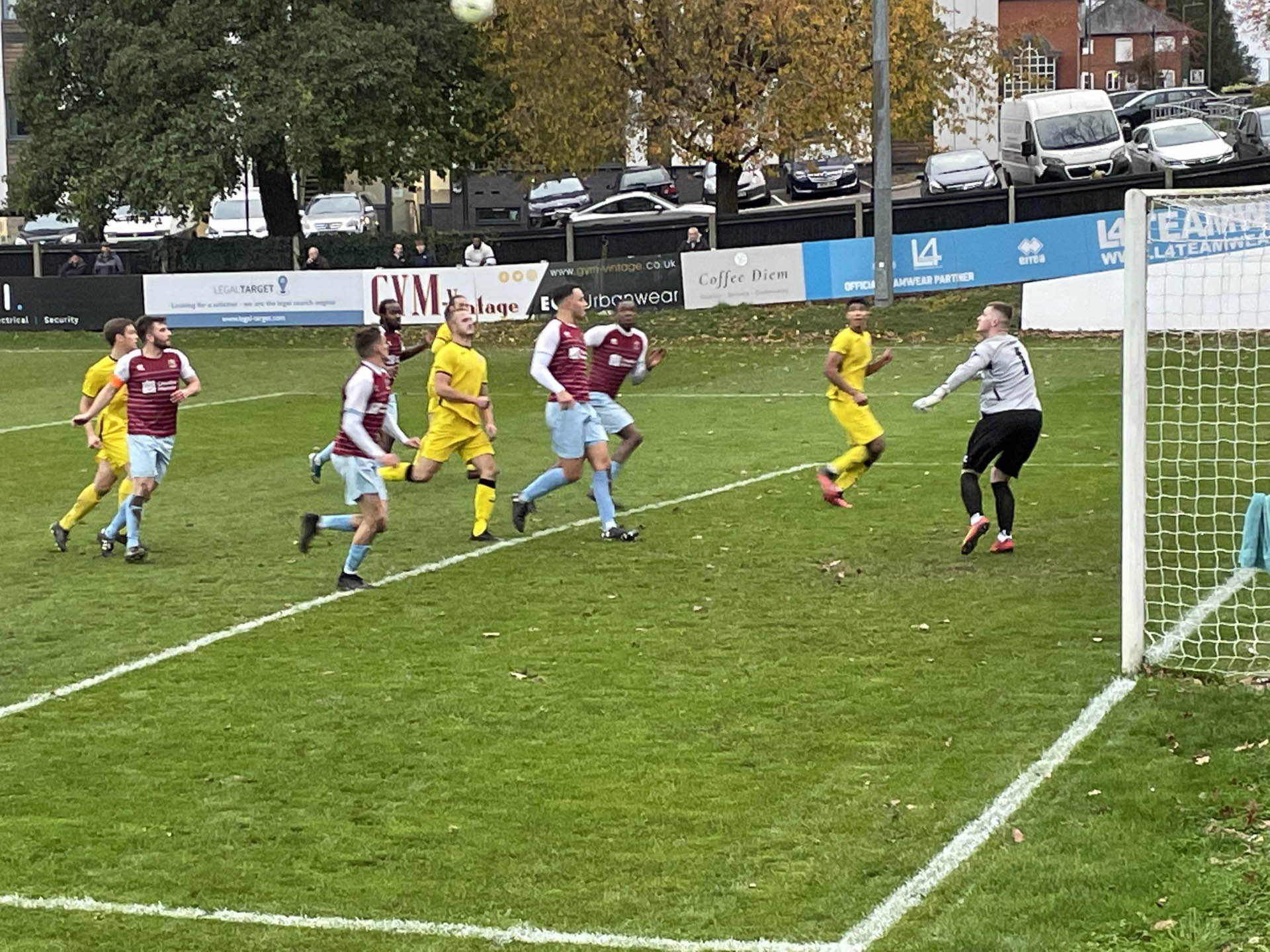