Farnham Town are thrilled to welcome the signing of central midfielder Georgeito-Silva Mulonda this week, subject to receiving international clearance.

The 28-year-old midfielder returns to English football after a second spell playing in Gibraltar with Lynx FC. George impressed in friendlies over the last couple of weeks against Leatherhead and Dorking Wanderers, and manager Sean Birchnall thinks he will add some strong competition in the middle of the park. 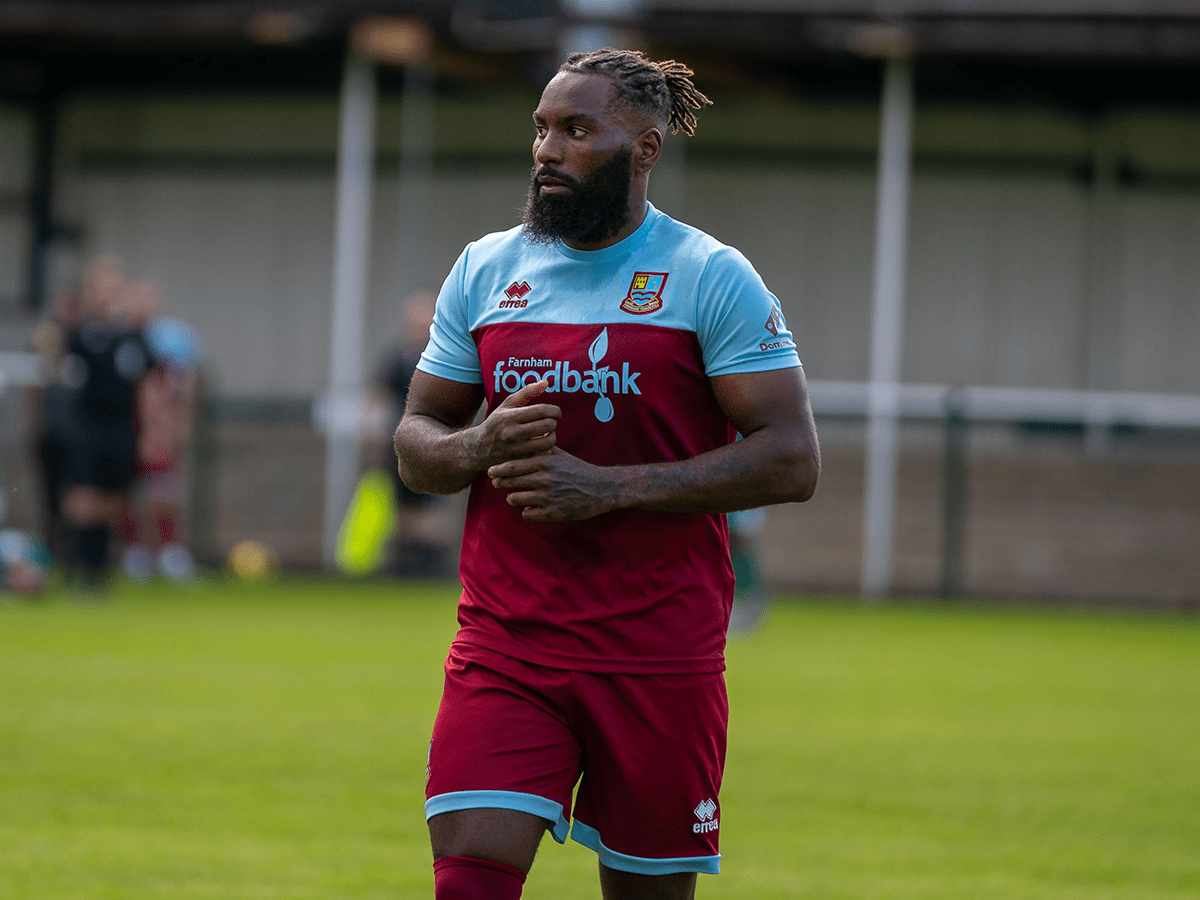 “George is a physically strong, no nonsense midfielder with experience playing in the UK and abroad; a real leader who commands respect on and off the pitch. He has fitted into the group seamlessly and we look forward to seeing him make his competitive league debut soon.”

George came through the ranks at West Ham and QPR, and also spent time at Southend United before making the move overseas with Bruno’s Magpies in the Gibraltar Premier League in May 2018. He returned to English football in 2019 and had spells with a number of non-league clubs such as Dunstable and Fleet Town before returning to Gibraltar with Lynx FC at the start of 2022.

“After having a conversation with Frankie about the club, hearing what the club was about and seeing the direction the want to go in, I was intrigued by Farnham,” George says after signing for Farnham.

“Then after meeting the gaffer, his coaching staff and the player it was something that made the decision itself. How can I pass up such a project and vision? And to play a part or have some role in what the club wants to achieve then that’s a win win in itself. Happy to be part of this club and defo made the right decision signing.”

Everyone at the club wishes George the best of luck during his time with The Town.