It’s said that Napoleon Bonaparte liked his generals to be lucky.

If that was the case, then he would have been very keen on Tony Reid!

Deep into second half injury time, and 2-1 down at home to bottom of the table Molesey, for the growing band of Farnham Town faithful it seemed that the ‘Reid Revolution’ would be starting in the worst possible way.

And then, out of nothing, the new boss sees two substitutes combine to steal a point with seconds remaining.

The new era under our new manager began with three new names in the starting eleven and Frants Bakalis, Karle Carder-Andrews and Omar Nyame all started brightly up front, combining well with established fans’ favourite Josh Ogunseye to pose plenty of problems for a Molesey side that looked second best in every respect.

With The Town well on top, it was no surprise when they took the lead midway through the first half.

A ball played through to Josh Ogunseye appeared to have too much on it and was heading out of play, only for Josh to chase it down, turn his man on the line, double back and rifle his shot past the Molesey ‘keeper at his near post.

At this point it seemed as though Farnham would go on to score a hatful and, given the numerous chances created in the first half, it was something of a surprise that the Town were only leading by one goal at half-time.

What was more surprising was that Molesey were so much better in the second half.

The Town did continue to create chances and the Molesey ‘keeper made some fine saves, one in particular down at his right hand post to push away a goal-bound header from the industrious Karle Carder-Andrews.

However, with Farnham failing to add a second, Molesey came into the game and equalised with 15 minutes remaining when some slack marking allowed Molesey’s Ben Smith a free header from a corner.

By now Moseley were arguably the better side, and, with just five minutes remaining, they took the lead when George Craig capitalised on some naïve Farnham defending to finish off a fine counter attack and appear to secure the three points for the visitors.

With injury time almost over, the Town found the move that bought Tony his first point as Farnham manager.

Substitute Will May burst into the Molesey penalty area, reached the byline and pulled the ball back across goal for fellow substitute Max Blackmore to blast home his debut goal for the Town.

On balance, Farnham deserved more than a draw, but 2-1 down in the 94th minute means they’ll be happy to take the point.

Merry Christmas and see you all at Camberley Town on the 27th.  Don’t forget that kick off is at 11:30am!

The Town’s next home match is the Combined Counties league game against Sheerwater on Saturday 08 January.  Kick off 3:00pm 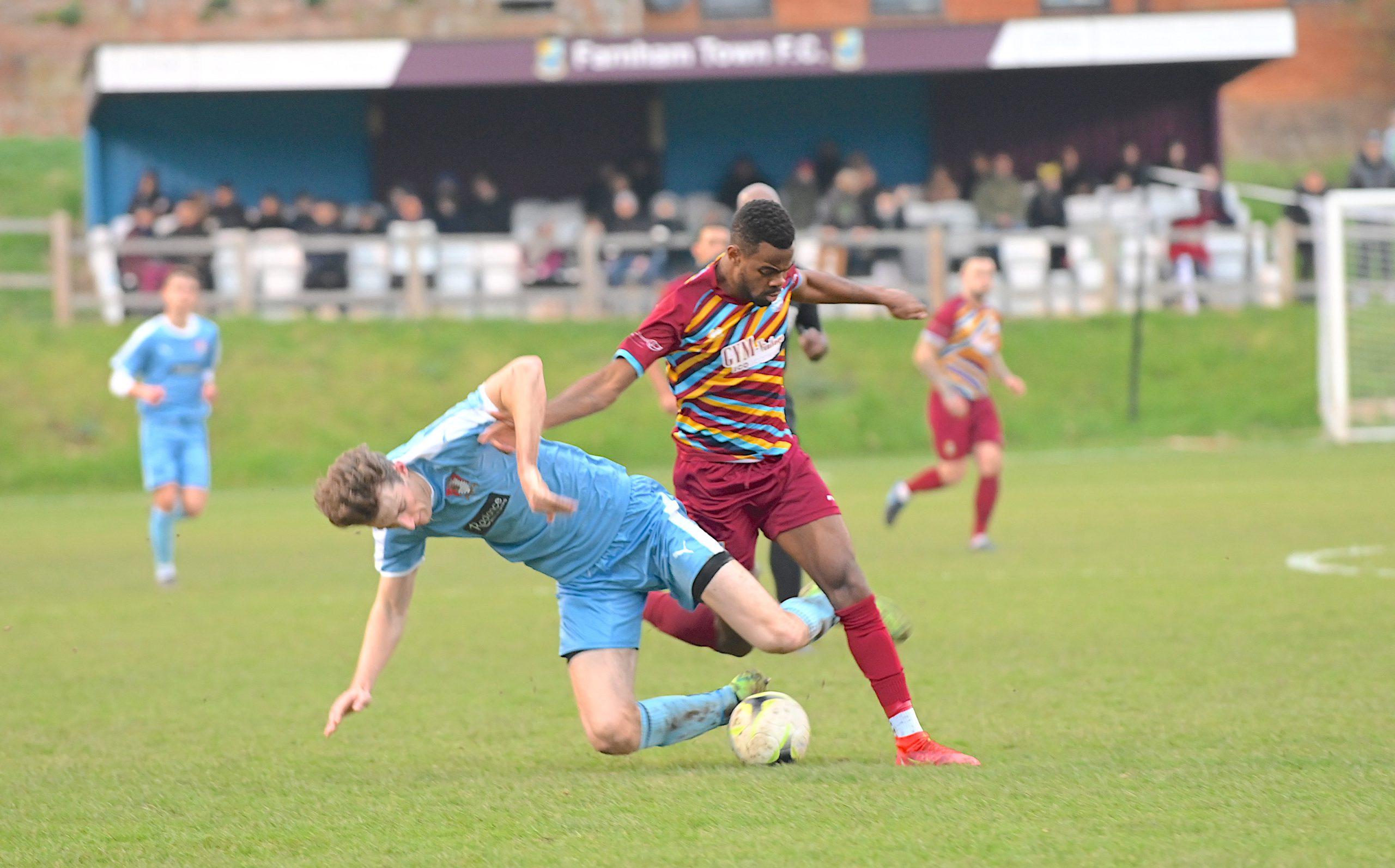