This was a game of two halves and, more importantly, two sendings off.

The Town started the match brightly and were rewarded on 14 minutes when, out of nothing, Tom Smith struck an instinctive first time shot from wide on the left which arced over the Sheerwater ‘keeper Ben Gamage and into the net.

With Sheerwater on a terrible run of results, it seemed inevitable that Farnham would go on to take control of the match, but instead, slack defending by Farnham surrendered the lead just six minutes later when Quincy Ajao was allowed a free header to equilise.

Things would get even worse 15 minutes later when Farnham Town centre back Dquame Copeland was adjudged to be the last man as he pulled back his opponent and was shown an inevitable red card.

Farnham were forced to make a change and, alas, Smith-Jones, making his debut in midfield, was sacrificed in order to bring on Ange Djadja to strengthen the Town defence.  However, taking the field just as Sheerwater prepared to take a corner, Ange was unable to prevent the hosts taking the lead with a somewhat soft goal.

Half-time saw Farnham manager Paul Johnson ring the changes, switching to a back four and replacing centre-back Patrick Campbell with a second debutant, Albie Sheehan-Jones, who slotted into the centre of midfield.

Despite being down to ten men, slowly but surely the Town began to take control of the match as their opponents tired.

Owen Dean and Connor Young worked tirelessly up front in search of an equaliser, with the former unfortunate to be booked for diving when many in the crowd felt that he had, in fact, been fouled, and it was no surprise when the lively Young ran through to put Farnham level on 79 minutes.

It was now very much game on with the inexperienced Sheerwater players looking increasingly nervous.  However, they continued to hold on and, as the game entered the 90th minute it seemed as though they had done enough to earn a point.

That was when they lost their heads.

First, they gave away a free kick on the left of their penalty area.  Then they went down to ten men themselves when Owen Sims was sent to the sin bin for dissent.  Tom Smith stepped up to swing in the free kick and Liam Flanighan, fast becoming something of a goal machine, was on-hand to turn in the winner.

A fighting performance that, on the second half showing alone, desvered the three points that the Town were happy to take home. 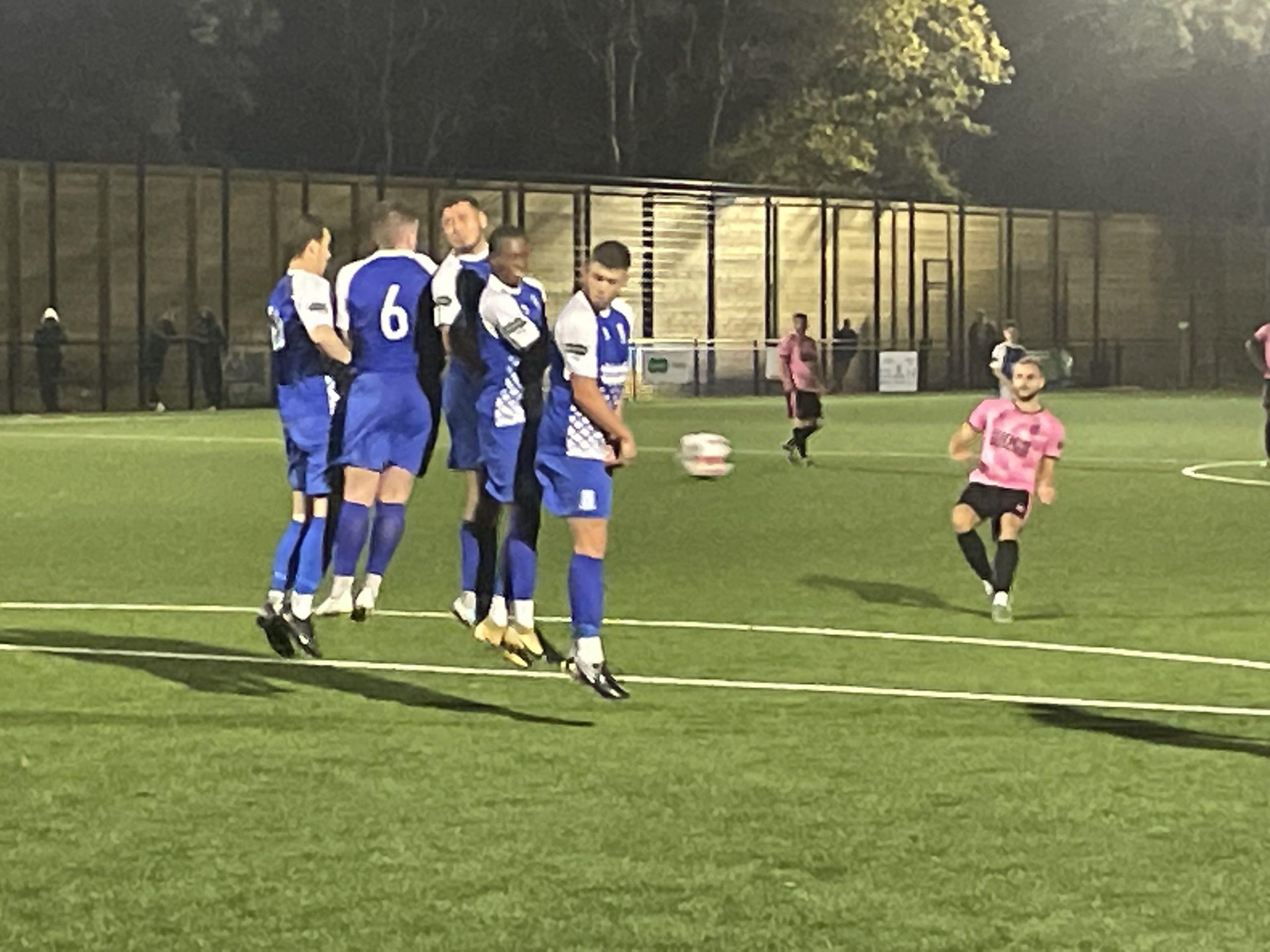