“My Aim Is To Make This League Scared Of Playing Farnham Town”.

This Saturday will see some familiar faces at Farnham Town as fans take part in the Christmas Fancy Dress Competition.

Key among them will be one brand new face.  Tony Reid, the new manager of Farnham Town.

If Tony wasn’t otherwise engaged in the dugout, he’d have come as a superhero, such as The Hulk.

And, like every comic book character, he’s up for the fight!

Having enjoyed considerable league and cup success at Westfield, including promotion from the Combined Counties Premier Division and a play-off spot in the Isthmian League, a short spell at East Grinstead was less fruitful and, having left the West Sussex club earlier this season, Tony has joined Farnham Town looking to enjoy his football once again.

”After being something of a hot property at Westfield, some people might now see this move as being a ‘big fish in a small pond’.  However, having experienced the politics of football at a higher level, I just wanted to get back and enjoy what I’m doing again”.

Although it’s a step down from the levels that he has previously managed, Tony sees the potential at Farnham Town.

”I was particularly impressed by the determination of the Farnham Town Management Committee to recruit me as their new manager.  The presentation that they made to me and their ambitions for the club are fantastic”.

Having seen The Town a few times, Tony is looking to improve the players’ workrate and generate a more focused, winning, mentality.

Just as importantly, he wants to provide the fans with a more exciting brand of football.

“Football should be played on the pitch, not up in the air.   I want to see us making the pitch big,  pressing further up the pitch, and, when we do win the ball, I want to see it played to feet in triangles as we attack the opposition goal”.

Tony will not be the only new face at The Town on Saturday as he has brought in players including striker Max Blackmore, centre-half Greg Hayden and midfield player Karle Carder-Andrews that were with him during the successful times at Westfield.

“These are great lads, they believe in me and my methods, and I guarantee you that the Farnham fans will love them”.

Tony will also be joined at Farnham by assistant manager Louis Carder-Walcott who, again, was with him at Westfield.

Having brought in a number of new players, Louis recognises that some among the current Farnham Town squad may feel uneasy and encouraged them to embrace the new vision which he believes will bring success.

“If the players follow what we’re saying, I guarantee that results will improve”.

Farnham Town Chairman Paul Tanner is delighted with what he sees as a strong appointment.

“Seeing Tony back managing a team in Step 5 will send shockwaves through this division. His record in achieving promotion speaks for itself, and I’m sure that we’ll see both an instant impact on the pitch on Saturday, and a turnaround in results that will get Farnham Town to where it wants to be, namely pushing for promotion to Step 4”.

So, a new start for a Farnham Town side that have underperformed this season, with a new manager that has “unfinished business”.

The Town’s next home match is in the Combined Counties League against Molesey on Saturday 18 December.  KO 3:00pm 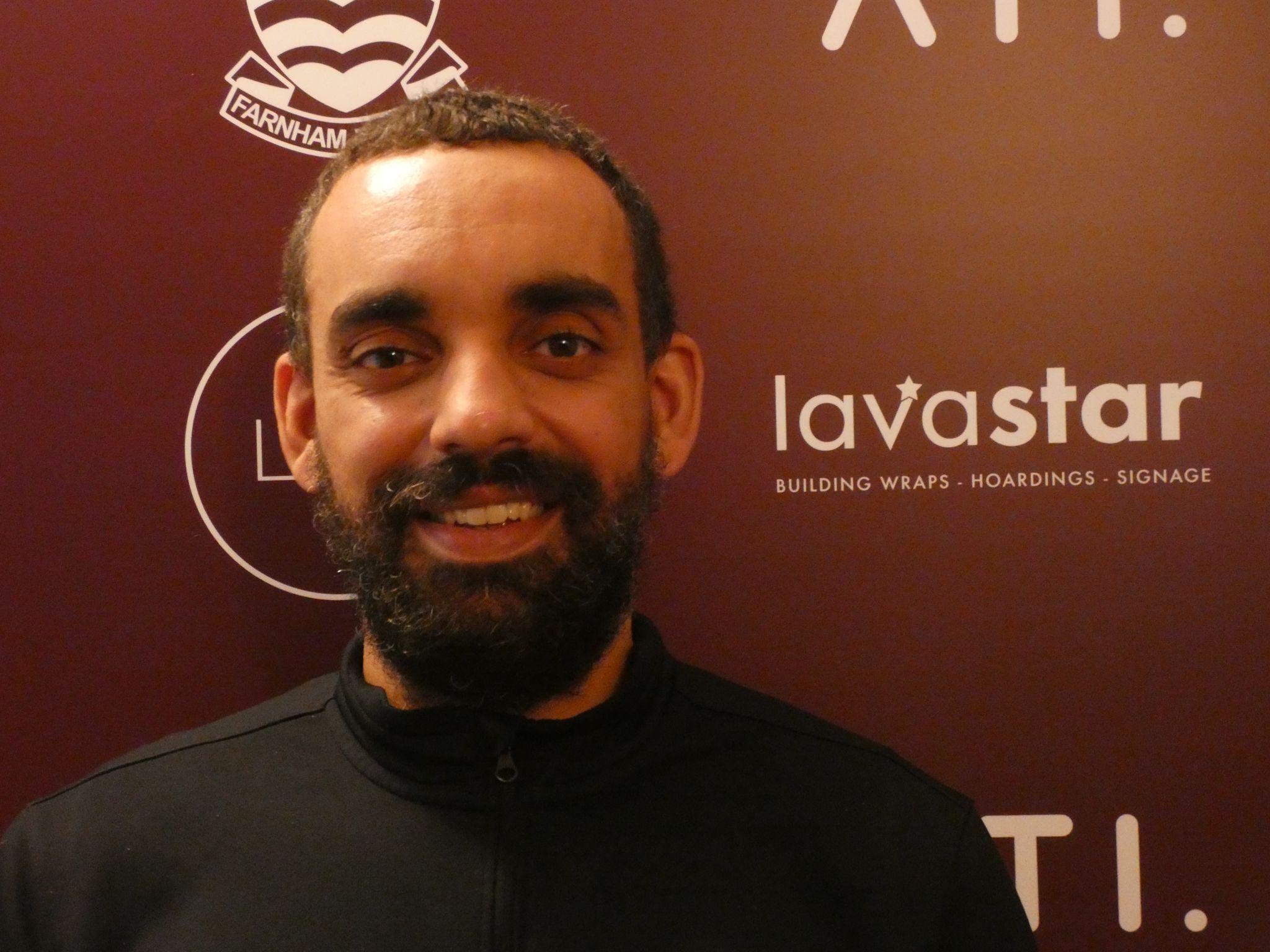