Town Go Through To The Last 16

Ian Holloway’s memorable, if sexist, comment about ‘winning ugly’ hasn’t aged well, but did sum up the fans’ feelings as the Town progressed through to the last 16 of the Cherry Red Records Premier Challenge Cup.

This wasn’t the type of fluid performance that we’ve grown used to under Tony Reid.

But what matters is the result and the fact that Farnham are through to the next round.

And yet, it all started so well.

Farnham started brightly, and were rewarded for the quality of their play in the fourth minute when a crossfield ball found debutant Stephane Akmel on the left edge of the Rayners Lane penalty area.  Taking the pass in his stride, Stephane hit a crisp shot back across the goal which the Rayners Lane ‘keeper misjudged, letting the ball bounce over him and into the net.

For the next 15 minutes the Town were in total command, fashioning chances which just failed to go in.

However, having withstood this early pressure without conceeding further, Rayners Lane found their way back into the game and, as the first half ended with no further score, Farnham were no longer playing the more fluent football, with our opponents no doubt rueing a couple of missed opportunities to draw level.

The second half saw the Town regain the initiative, keeping Rayners Lane ‘at arm’s length’ and utilising the always lively Josh Ogunseye to create a series of chances which Farnham just failed to convert.

Despite requiring a goal to stay in the competition, Rayners Lane offered very little, kept on a ‘tight leash’ by the Town, who were able to see out the game comfortably and enjoy the luxury of introducing substitutes to give  players a rest prior to this Saturday’s rearranged fixture at home to Sheerwater.

So, not a classic by any means, but the Town will take that taxi to the next round!

Through to the last sixteen, The Town will now face table-topping Hanworth Villa away next Tuesday.

It’ll be tough, but we can rely on the team to give their all for a place in the quarter final.

The Town’s next home match is the Combined Counties league game against Sheerwater on Saturday 05 February.  Kick off 3:00pm 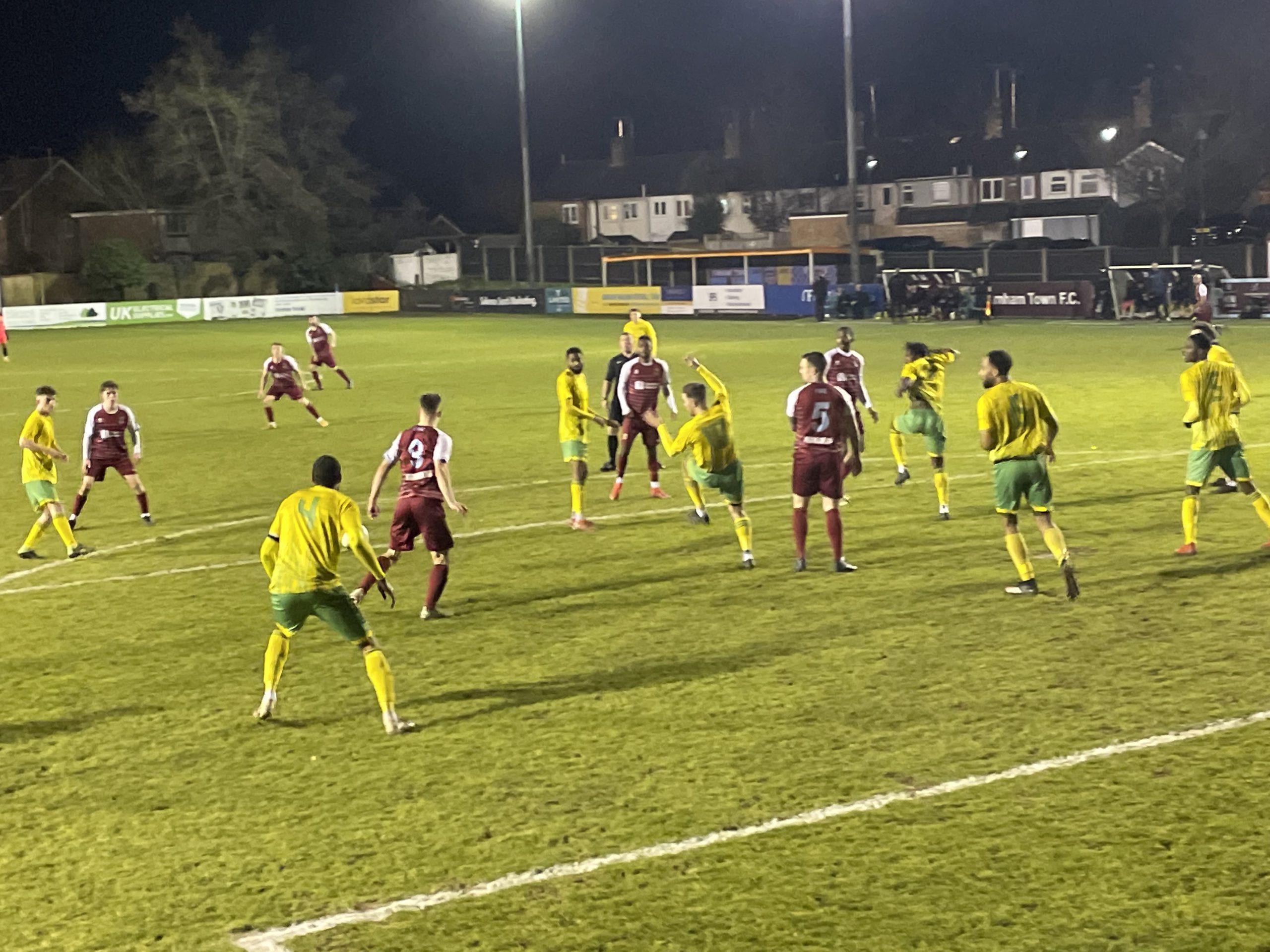