It is said that a week is a long time in politics.

And, for the fast growing numbers of Farnham Town fans, the same can be said of football.

Last week the Town went down to a last minute winner at home to Redhill.

One that knocked the stuffing out of a side that were comprehensively beaten by Guildford City in midweek.

However, all of that can be consigned to history.

Seven days, almost exactly to the minute, after home heartbreak against Redhill, the Town turned it around.

Not once, but twice!

It doesn’t matter that this wasn’t a perfect performance and that familiar issues were still evident.

Nor does it matter that the Town conceded a sloppy equaliser when seemingly well on top.

What does matter is that Farnham have picked up three points at home for the first time since early October.

They did it with a battling performance that gave their opponents little time on the ball.

And, more importantly, they did it with three superb goals from Josh Ogunseye.

The first, after half an hour, came as Josh took a neat pass from Ben Bauchop, turned his man on the half way line and ran through the Fleet Town defence before slamming the ball into the back of the net for a stunning individual goal.

It should have seen Farnham ahead at the break, but they conceded a soft equaliser five minutes later when ‘keeper Harry Birchnall parried a shot back into the path of the Fleet Town number three rather than push it away from goal.

Although the Town were the better side, the second half was uninspired, with neither side looking likely to take the three points.

There was plenty of effort across the pitch, but precious little in the way of creativity, although, in a slightly deeper midfield role, it was Parish Muirhead that again took the eye with his composure on the ball and ability to pick a pass to his teammates.

Then everything changed in the 90th minute.

Substitute George Pilbeam, who’d looked sharp since coming on, played a delightful diagonal ball through to Josh Ogunseye on the edge of the area which Josh took in his stride and took around the Fleet ‘keeper to put the Town back ahead.

Cue scenes of wild delirium as the Farnham fans laid the spectre of last week’s last minute sorrow to rest.

And things got even better three minutes later!

This time it would be a solo effort from the mercurial Josh Ogunseye, skipping down the right wing, beating his man as he cut into the penalty area and placing it under the Fleet ‘keeper and into the far corner of the net.

Finally, just rewards on the pitch for a club that is doing so much, so well, off it.

And a fantastic experience for the pupils of St Peter’s school, invited to the game as part of the club’s community programmes.

Town manager Colin Millard praised both the team performance and the terrific support :

“I’m pleased to get over the line on the right side of the late drama this week.

Although I thought we were the more progressive side, I wouldn’t have said we dominated the game.

We edged most areas of pitch which in the end earned us a deserved three points.

Apart from the disappointing goal that we conceded, overall, we defended better and in Josh we had the match winner today.

This young side should only improve.

There will be frustrating weeks, like the one we’ve just had, but then there will be games like today where we stick in it on the front foot which leads to reward.

The team is really enjoying the fantastic support we are receiving, we thank you for that and I hope you all enjoyed your Saturday evenings knowing your team earned you a win.

We hope to see as many of you as possible at Cove on Tuesday and when we travel to what promises to be a very tough test at league leaders Walton & Hersham next weekend”.

The Town’s next home match is in the Aldershot Senior Cup against Camberley Town on Tuesday 30 November.  K.O. 7:45pm 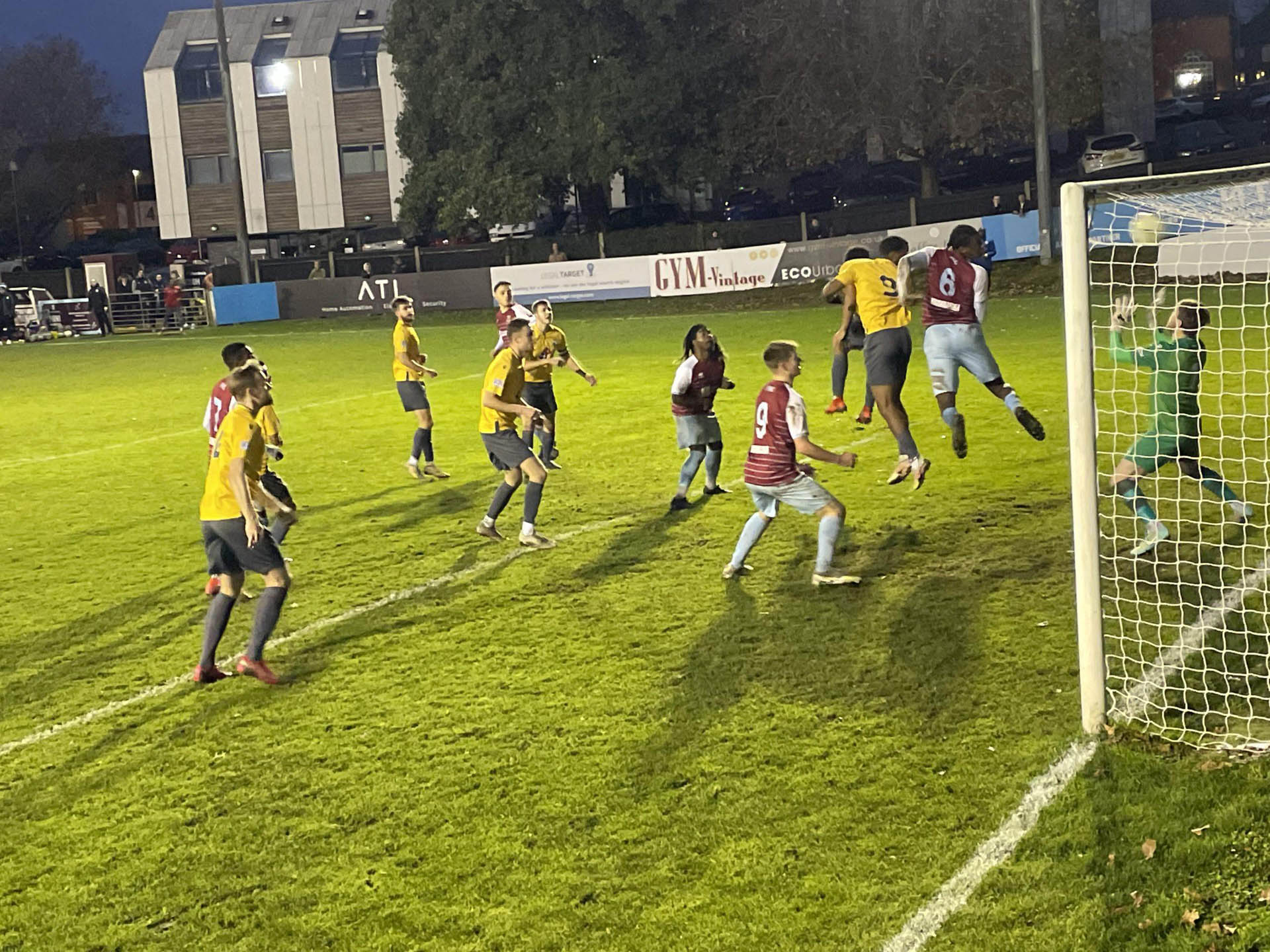