A Weakened Farnham Town Go Down 3-1 Away To Colliers Wood United.

Sometimes, you just have to accept that it’s not your day.

Farnham Town went into this game missing three members of a solid defensive unit that had looked so composed in recent games.  Liam Pestle and Ashley Lloyd were both unavailable, while full back Tom Smith failed a late fitness test on arrival at the ground.

There is no doubt that their replacements performed with huge distinction, in particular the youngsters Ange Djadja and James Batchelor, but overall they lacked the understanding that a settled unit enjoys and, as a team, the Town missed both the experience and authority of Liam Pestle and the protection that Ashley Lloyd provides when the opposition are in possession.

Perhaps understandably, Colliers Wood United enjoyed the lion’s share of possession in the opening ten minutes, and, as a result, it was something of a surprise when Owen Dean opened the scoring for Farnham Town with his fourth goal of the season.

The move started deep in the Farnham half, where James Batchelor picked up the ball before making a surging run down the left towards the opposition goal.  He then slipped the ball on to Luke Perkins who pulled it back for Owen Dean to score.

For the next fifteen minutes or so, the sides were evenly matched, although it was noticeable that  Colliers Wood United were causing problems down the flanks, and it would be from this area that the home side would score a contentious equaliser in the 28th minute.

In defending another attack by the Woods down the Farnham left, James Batchelor was somewhat harshly judged to have committed a foul, right by the corner flag.  The free kick was whipped in and the Town players immediately appealed that the ball had, in fact, gone out of play before swinging back in.  The officials disagreed and, with the Farnham defence static, Harry Pointing had the simple task of slotting home the equaliser past an exposed James Ferguson.

The Town would bounce back and find the net again before half time, with a positive move capped off by a neat flick from Matt Bunyan, only for Jamie Hoppitt’s composed finish to be ruled out for offside. 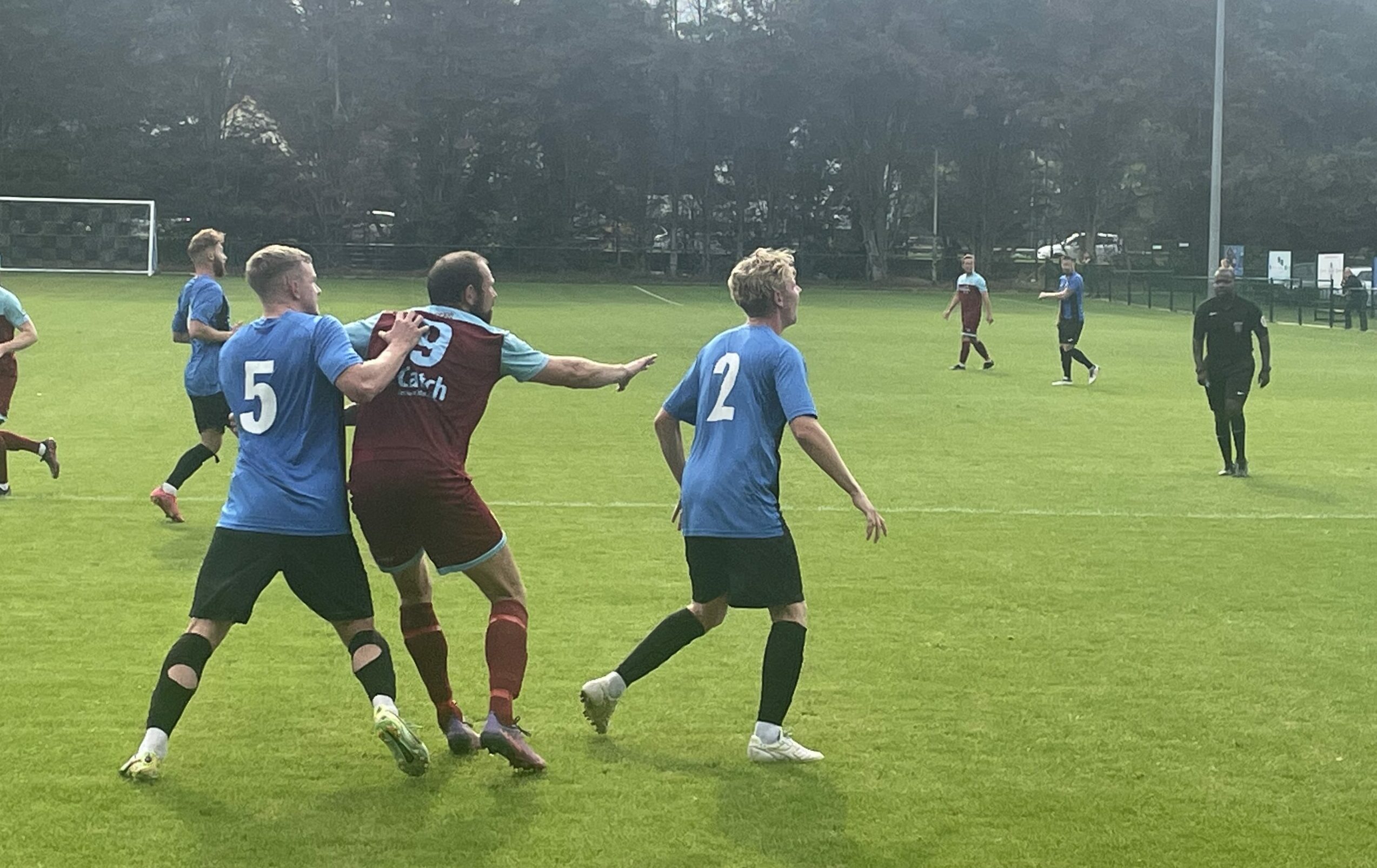 The second half saw Colliers Wood United slowly take control of the game and they would take the lead, and then make the game safe, with two almost identical efforts from the edge of the area.  The first, from substitute Kieran Campbell after the ball was pulled back from the dead ball line, the second a cracking strike from Alfie Huckle after his superb control of a long ball had bought him precious time to pick his shot.

So, after a wonderful Bank Holiday weekend, a disappointing result against a side that now sit top of the table.

Sean and the boys will be looking to put things right against Flackwell Heath in the Cherry Red Records Premier Challenge Cup on Tuesday night before getting back to league action against Redhill at the Memorial Ground on Saturday.

The Town’s next home match is the Cherry Red Records Premier Challenge Cup against  Flackwell Heath on Tuesday 06 September.  Kick off 7:45pm 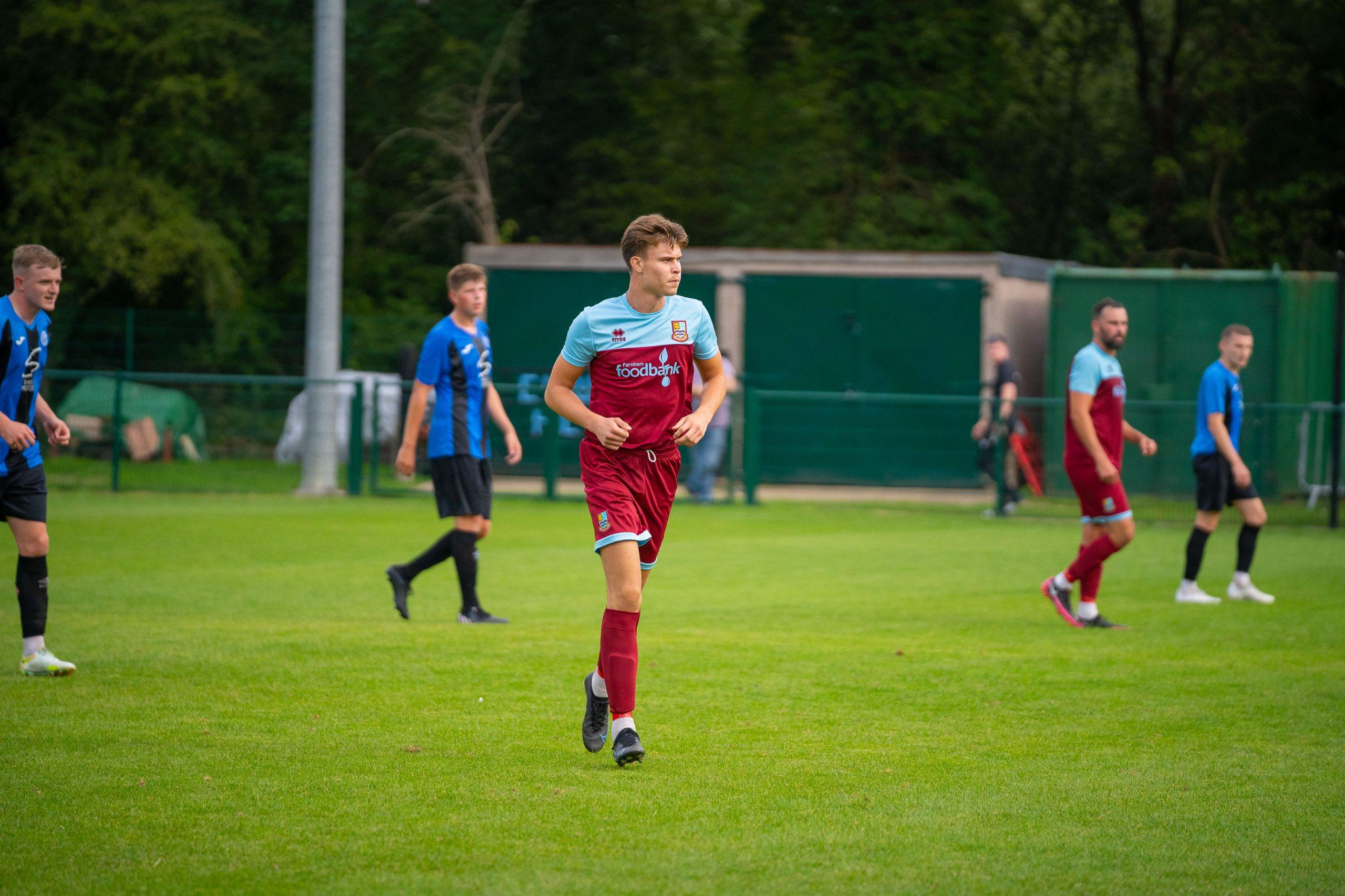