A scoreline that matched the Town’s performance away at the same opponents earlier this season accurately reflected a fine display by a Farnham Town side that seems to be growing in confidence with every game under new manager Paul Johnson.

After last week’s heroics by a ten-man Town away at Sheerwater, Farnham fought back from a goal behind to beat AFC Croydon Athletic comfortably, with striker Connor Young bagging a hat-trick to take home the match ball.

And yet it all appeared so different in the 27th minute.

Coming out of his area to take clear a through ball, Town ‘keeper James Ferguson misread the bounce and, sensibly avoiding handling the ball and incurring a red card, could only turn and watch as the Croydon centre forward ran on to run the ball into an empty net

Working hard to get back into the game, Farnham were gifted an equaliser after 43 minutes when an underhit header back left the Croydon ‘keeper in limbo as Connor Young ran on to drive the ball over his head and into the net. 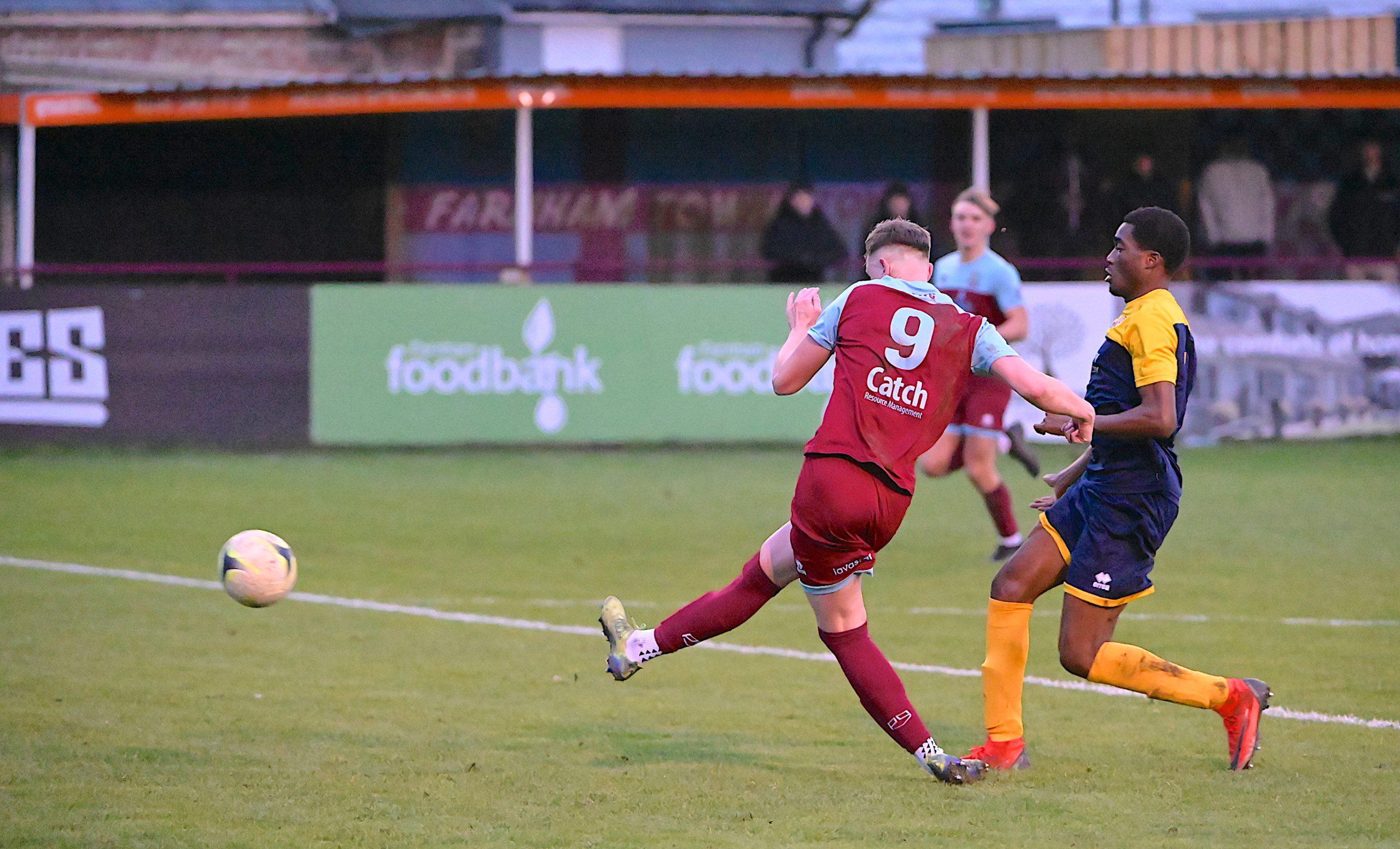 Sixty seconds later, things would become even better for Farnham when Jamie Hoppitt’s cross from the right was completely missed by the Croydon defender before arriving to Young at the far post who had the easiest of tasks to slot it home.

Having ended the first half on top, the Town started the second half the same way.

And, after creating a series of close chances, it was no surprise when Farnham extended their lead on 67 minutes.

Owen Dean latched on to Albie Sheehan-Cozens’ long ball down the right, turned the defender inside out and floated over a cross for Connor Young to turn home off the covering defender from the six yard line to claim his hat trick. 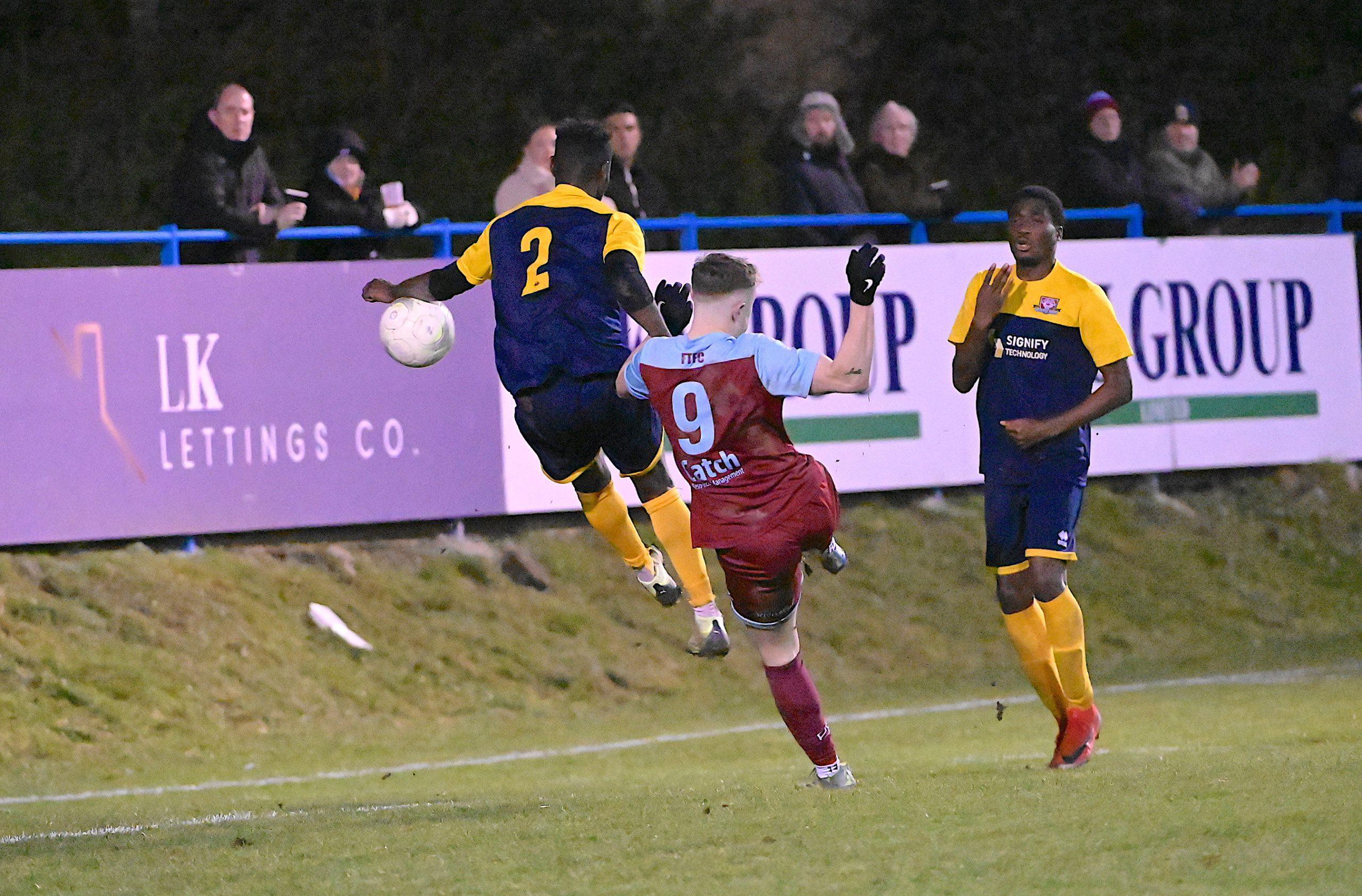 With the result seemingly safe, the Town made a series of substitutions, the third of which saw Patrick Campbell come on to replace Ange Djadja in the heart of the defence.  However, it was at the other end of the pitch where Campbell would make his major impact, rising to head home a long throw for his debut goal, and Farnham’s fourth.

Facing two further games away from home before the Christmas break, the Town has now consolidated its position in the top half of the table and can look to build on this when Farnham visit near neighbours Camberley Town next Saturday.

Don’t forget that kick off at Camberley Town is at 2:00pm

Huge thanks to our matchday sponsor Covers.

We are incredibly grateful for your support and look forward to seeing you again soon. 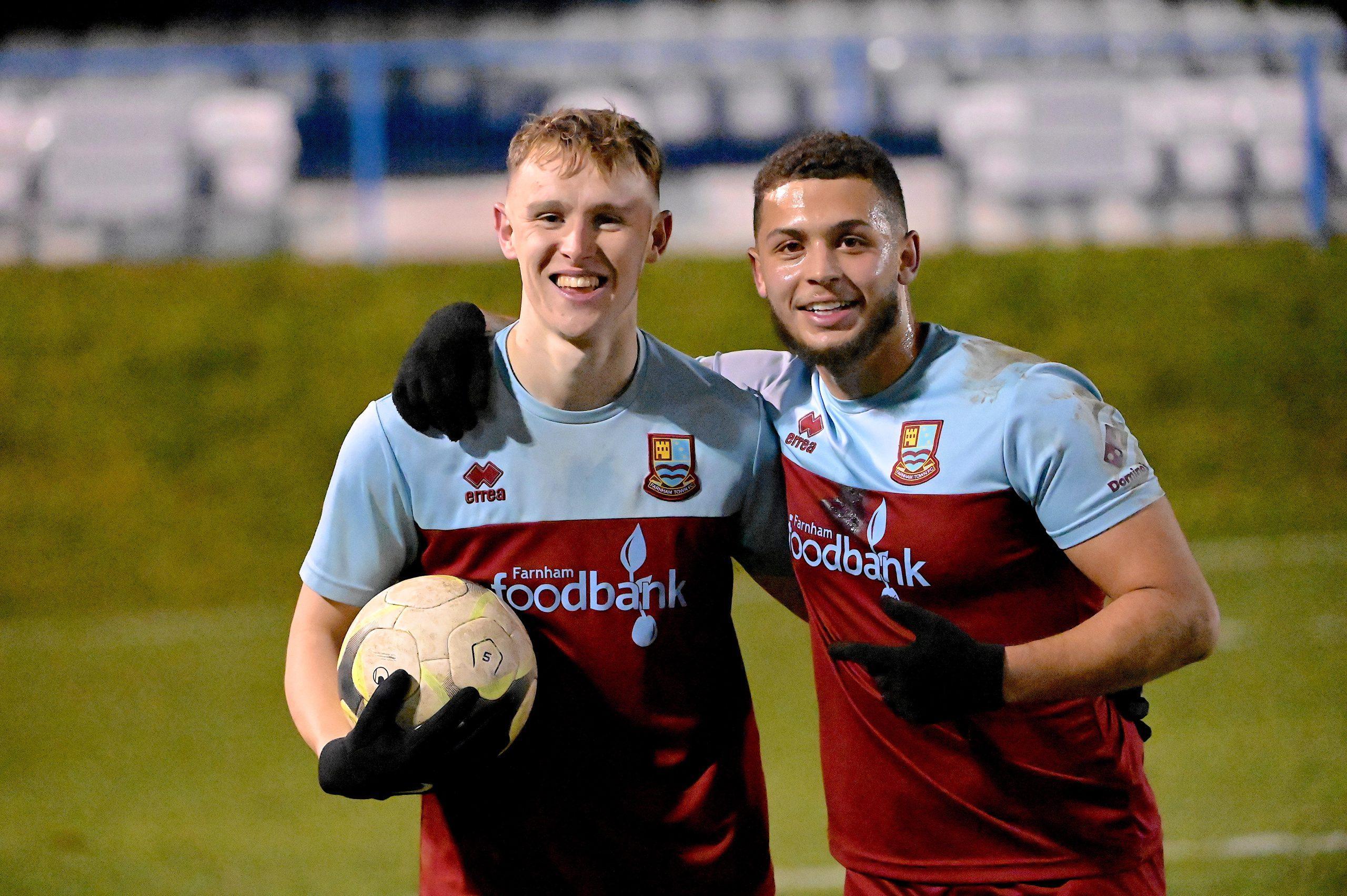